Donald Trump to Turkish Reporter: 'Are You Friend Or Foe?'

Donald Trump often asks people if they are “friend or foe,” but on Friday that tendency drew controversy when he asked the question of a Turkish reporter asking a question.

“Are you from Turkey, sir?” Trump responded when a journalist, who identified himself on Twitter as Yusuf Serce, asked him a question.

“I think he’s friend,” Trump says to the audience, pointing at the reporter. “Are you friend or foe?” he then asked Serce directly.

This is not the first time Trump has asked someone their allegiance at a campaign event. During rallies, when the presumptive GOP nominee hears sounds of a disruption, sometimes Trump will yell out the question to gauge whether the noise is coming from protesters or cheering fans.

“I just wanted to let him say what he wants to say,” was Serce’s response on Twitter: 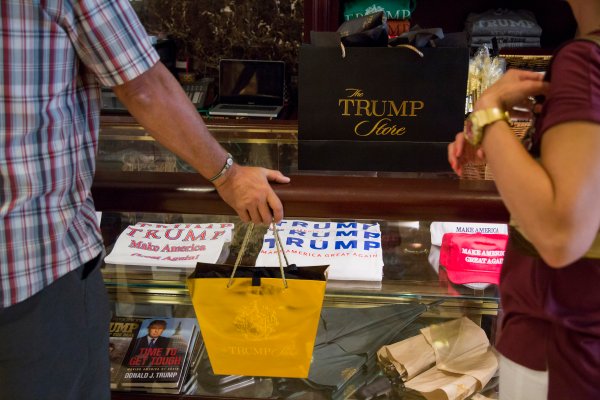 Video shows Trump products not "Made in America"
Next Up: Editor's Pick