Traffic Deaths in the U.S. Rose By Almost 8% Last Year

Firefighters and rescue personnel are on scene after a big rig crashed through the center divider crushing a car underneath and causing four other vehicles to collide on the rain slicked 60 freeway near the Garfield Exit in Monterey Park, Calif. on January 5, 2016.
Gina Ferazzi—LA Times/Getty Images
By Tessa Berenson

Traffic deaths spiked by almost 8% in 2015 amid a surge of drivers on the road thanks to low gas prices and a healthier economy.

“As the economy has improved and gas prices have fallen, more Americans are driving more miles,” NHTSA Administrator Mark Rosekind said in a statement. “But that only explains part of the increase. Ninety-four percent of crashes can be tied back to a human choice or error, so we know we need to focus our efforts on improving human behavior while promoting vehicle technology that not only protects people in crashes, but helps prevent crashes in the first place.” 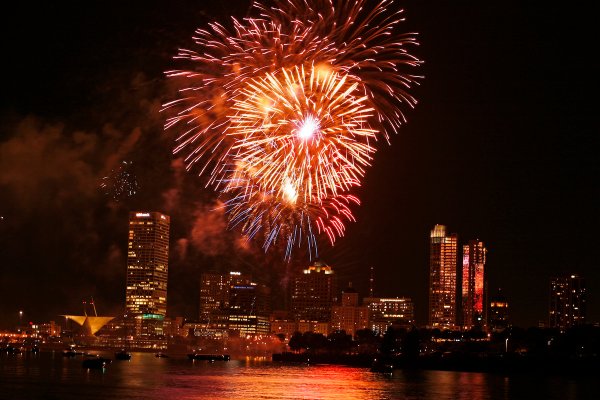 How to Host the Ultimate Fourth of July Party
Next Up: Editor's Pick