The lawyer for Adnan Syed, the Baltimore convict whose case was featured on the hit podcast Serial, has suggested he may seek bail at his new trial.

Syed, now 36, was convicted of murdering his ex-girlfriend Hae Min Lee in 1999 and sentenced to life in prison in 2000. On Thursday, a Baltimore circuit court judge ruled that Syed deserved a new trial, saying that his attorney did not cross-examine a cell tower expert about the reliability of the evidence that placed Syed near Lee’s burial site in Baltimore’s Leakin Park.

Justin Brown, Syed’s lawyer, said that Syed should be “allowed out on bail,” ABC News reports. However, he did not confirm that Syed would pursue a bail hearing.

The granting of a new trial for Syed follows new evidence presented during a hearing in February, which included a testimony from Asia McClain Chapman, who said she spoke with Syed during the time the state claims he killed Lee.

This evidence was a topic of the Serial podcast hosted by Sarah Koenig, which debuted to major acclaim in 2014. Brown said the state might try to appeal the judge’s ruling and has 30 days to decide the next steps. 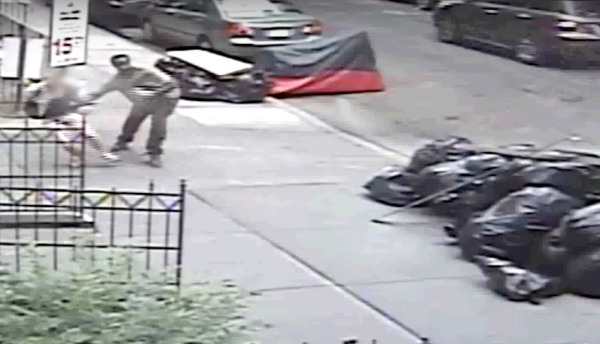 Man Assaults Woman With Bag of Feces in New York City
Next Up: Editor's Pick