Game of Thrones' Tommen Baratheon on His Character's Untimely Fate

Dean-Charles Chapman on Game of Thrones
HBO
By Megan McCluskey

The finale of Game of Thrones‘ sixth season saw Tommen Baratheon choose to end his own life after witnessing the wildfire explosion that killed — among many others — his wife Margaery, brother-in-law Loras and the High Sparrow. The young king had shown himself to be one of the most easily manipulated characters in series history, and finally came to the end of his rope upon seeing the horrors Cersei had inflicted on King’s Landing.

In a recent interview with Vulture, Dean-Charles Chapman — who played Tommen on the HBO drama — spoke about what drove his character to jump out the window of the Red Keep, explaining that it was ultimately his mother’s actions. “I’d like to think that before the day of the trial, he was starting to think about what his mother was up to,” he said. “That’s one of the reasons he’s late to the trial. He was just dreading going. And when the Mountain comes, he knows that his mom was up to something. The Mountain is with Cersei 24–7, and the Mountain was standing in his way. And when he sees the Sept explode, he knows.”

The 18-year-old actor went on to say that Tommen’s naïveté was due in large part to how he was raised. “In a way, he was also powerless because Cersei, Margaery, they all had their own game plan to use him to soak up as much power as they could,” he said. “And when the High Sparrow finally came into it, he had his own plans, too. “Everyone was just using Tommen. He was a little too gullible. And I blame Cersei for that, because she always shielded him, but she was really shielding him from politics, and the world, and how cruel people really are. He didn’t get the life lessons he should have had. He just thought, ‘Okay, I’ll shut up and do as they say.'”

And if you’re still feeling like Tommen should have had more control over the situation, this montage video by YouTuber Shahan Reviews does a good job of showing how his reign was doomed from the start. 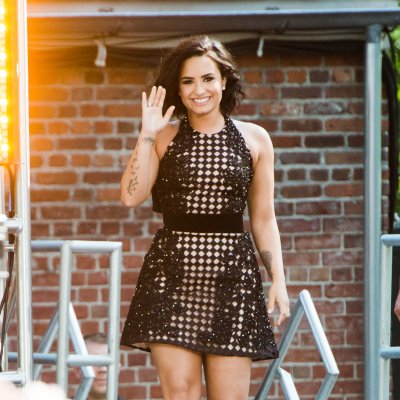 Demi Lovato's New Song "Body Say" Is Meant for the Bedroom
Next Up: Editor's Pick