The Worst of the Brexit Fallout Is Still to Hit the U.K.

Traders work on the floor of the New York Stock Exchange (NYSE) at the close of the trading day in New York City on June 28, 2016.
Spencer Platt—Getty Images
By Conal Urquhart/London

British Treasury Secretary George Osborne warned on Friday that the United Kingdom economy was exhibiting “clear signs of economic shock” in the wake of a majority of voters advocating to leave the European Union, signalling that the fallout from Brexit has begun in earnest.

There is indeed clear evidence for some of the shocks. The value of the pound has fallen from $1.49 to $1.33 since the vote, and the FTSE 250 group of U.K.-focused companies fell by more than 7% before staging a slight recovery. But it is not yet clear when the impact will filter down to ordinary people.

One clear disadvantage for Britons already apparent is that buying dollars and euros is much more expensive, which will make holidays more costly. The devaluation of the pound will also increase the price of imported goods and anything made from them.

John Van Reenen, head of the Centre for Economic Performance at the London School of Economics, said that Britain’s Brexit decision will have both short-term and long-term consequences. “There is a lot of uncertainty about the new arrangements, which will lead to less investment, slower growth, lower pay and higher unemployment. In the long run, we will not have the same access to the European single market, which will mean lower exports, less foreign investments. It will mean that we are all poorer.”

Some effects will take months but others will be noticed in days, he said. “The effect on the pound is noticeable now and this will quickly be seen in the price of fruit and vegetables for example. Prices of goods that use foreign components will take longer to increase,” says Van Reenen.

There are signs that property prices are set to fall. Singapore-based United Overseas Bank suspended loan applications for London residential properties because of fears that investors could lose money and find it difficult to repay loans. Major developers are also reviewing residential and commercial projects.

Mark Farmer, chief executive of Cast, a real estate consultancy, told the Financial Times that most London real estate deals would be reexamined. “The centre of the storm is going to be commercial property and speculative residential for sale,” he said. “Anything that has planning consent that hasn’t been committed, or anything that [has construction ongoing] on site but is a phased project, is in harm’s way at the moment.”

Falling property prices are unlikely to benefit ordinary homebuyers in a stuttering economy, Van Reenen says. “A lot of people might say that a fall in property prices is a good thing but the prices will be falling for a bad reason; because there is less money around, property will still be as unaffordable.”

U.K. unemployment, which currently stands at 5.1%, is also expected to rise. Soon after the result of the referendum was announced, Siemens suspended plans to export wind turbine blades from a new factory in in the northeastern city of Hull. Juergen Maier, the Siemens UK chief executive, told the BBC that any investment decisions, especially relating to exporting to the E.U. would be “put on ice.”

There were also reports of companies such as easyjet, Morgan Stanley and JP Morgan moving headquarters or large numbers of staff from Britain to the E.U. The loss of such jobs combined with a reduction in economic activity, could lead to a decrease in government revenue and force it to cut spending, further depressing the economy.

Mark Carney, the governor of the Bank of England, said that many people would feel poorer and less secure. In a speech on Thursday, he said: “Today, uncertainty has meant an inchoate sense of economic insecurity for many people, despite generalised economic prosperity. Across the advanced economies, employment appears less secure, wages more subdued and inequality more pronounced.”

The fallout from Brexit could also have a cumulative effect, leading to a vicious circle of consumers reacting to an economic slowdown by consuming less and thus exacerbating the slowdown. Van Reenen concluded: “With the pound falling, this will lead to higher import prices and the cost of living will go up. As our trade goes down this will lead to lower productivity and higher prices. When faced with a crisis, people cut down on demand, which has a multiplier effect leading to greater unemployment, and further pressure on demand.”

Osborne said that overcoming the worst of the economic fallout would take a “supreme national effort.” Britain had better hope that whoever takes over from Prime Minister David Cameron in the autumn can rise to the challenge. 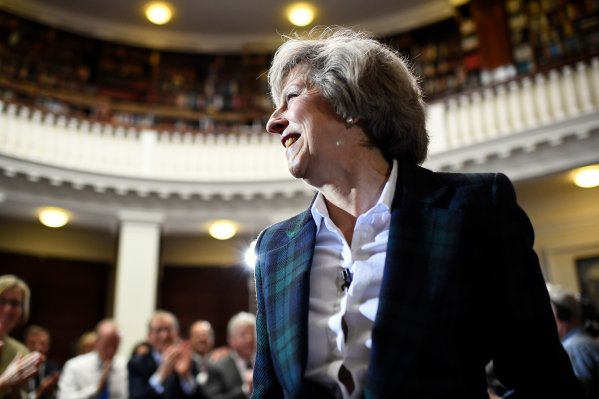 Theresa May Gains in U.K. Leadership Race
Next Up: Editor's Pick