A woman asked presumptive Republican nominee Donald Trump to “get rid of” the “heebie jabbies” at the Transportation Security Administration (TSA) and replace them with veterans, leading to an awkward exchange during a New Hampshire event on Thursday.

“Why aren’t we putting our military retirees on that border or in TSA?” she said. “Get rid of all these heebie jabbies they wear at TSA. I’ve seen them myself, ” the woman added, apparently referencing the hijab, the veil most commonly worn by Muslim women.

Trump came under fire after his December call to to enact a “complete shutdown of Muslims entering the United States,” though his campaign has recently been vague about the details of such a ban.

When asked asked about whether Burkas should be banned in “schools, courts, and bordered checkpoints” in the United States during a February interview with Boston Herald Radio, Trump said “I’m okay with it. I know you’re shocked to hear me say it right? I’m okay with it.” 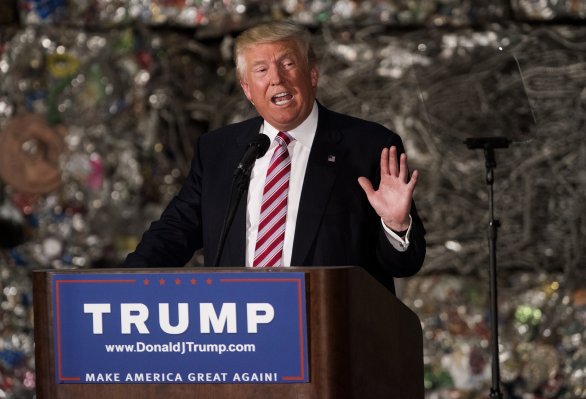