The Ievoli Ivory ship arrives at the port of Melilli, Sicily, Italy, June 30, 2016, carrying the wreck of the migrant ship that sank off Sicily on April 18, 2015, with an estimated 700 people onboard.
Domenico Trovato—AP
By Daniel White

Authorities in Italy recovered a fishing vessel Thursday containing the remains of hundreds of dead migrants who drowned when the ship sank off the coast of Libya last year.

The April 2015 incident left only 28 survivors, but spurred a European effort to revive search-and-rescue operations in the Mediterranean, according to the New York Times. After the tragedy 169 bodies were recovered while the rest have remained trapped in the hull of the vessel.

Officials from the Italian Navy estimate that some 300 corpses remain trapped in the ship, fewer than the initial 900 that were feared dead after the incident.

“That vessel contains stories, faces, people, and not only a number of corpses,” Prime Minister Matteo Renzi of Italy wrote in a Facebook post Thursday, which included the navy’s pictures of the recovery.

The recovery project, which involved robots and remote operated underwater vehicles, took two months and cost 9.5 million euros, according to the Times report. Italian officials say that the passengers were from different countries, including Egypt, Gambia, Nigeria and Somalia.

Unclaimed bodies will be buried in Italy. 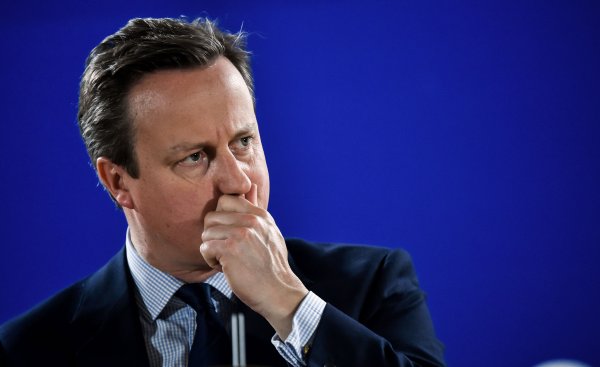