U.S. Sen. Bernie Sanders (D-VT) speaks to supporters in Manhattan at an event where he went over his core political beliefs on June 23, 2016 in New York City.
Spencer Platt—Getty Images
By Sam Frizell

The Democratic primary is over and Bernie Sanders has all but conceded. But that doesn’t mean his fight has ended.

Even as his campaign has largely disbanded, Sanders and his allies have been negotiating with presumptive nominee Hillary Clinton’s supporters continuously over the last few weeks in an attempt to craft the Democratic Party’s platform as a liberal manifesto. The biggest test of Sanders’ enduring influence will come next week in Orlando, Fla., when a draft written by a small group of Sanders and Clinton allies goes up for a vote before a 187-member committee of Democratic delegates.

Sanders aides said in interviews that the biggest issue at stake—and the one where they may have the most leverage—is opposing the Trans-Pacific Partnership, the 12-nation trade deal that President Obama supports. But Sanders will fight for a battery of other policies, from a fracking ban to a $15 minimum wage.

Sanders allies have already been hammering away at policy disputes in a series of meetings organized by the Democratic National Committee and held all over the country, from St. Louis to Phoenix to Washington, D.C. The negotiations are part of Sanders’ commitment to shaping the party in his liberal image for years to come, despite his loss in the primary contest.

So far, liberals are cheered by Sanders’ influence. A draft of the party’s platform released last week includes a number of victories for them, including a commitment to a modern day Glass-Steagall, which would effectively break up some of the largest financial institutions, and a call to abolish the death penalty. The draft also has language about expanding Social Security, allocating money for large-scale infrastructure spending, and allowing states to legalize marijuana. Many of the positions outlined are ones Sanders took in the primary and Clinton did not.

Many of these discussions have been occurring behind the scenes between the two campaigns. On Clinton’s side, the top negotiators are Maya Harris, a senior policy adviser, and Charlie Baker, a veteran political operative. On Sanders’ side, campaign manager Jeff Weaver and longtime policy adviser Warren Gunnels have taken a lead in hashing out strategy, assisted by Mark Longabaugh, who is advising on politics and convention planning. What’s difficult to foresee is how many Clinton delegates will defect from their candidate’s official line and support some of Sanders’ positions. Sanders believes most delegates align with him on issues like the Trans-Pacific Partnership and a $15 minimum wage. “We’ve put all our cards on the table in hearings and throughout the primary,” Longabaugh said. “The question is where do [Clinton’s] representatives come in.”

Sanders wants a commitment in the platform to not bring the 12-nation trade deal up for a vote in Congress—effectively disqualifying it from ever coming into effect.

Much of the Democratic Party opposes the deal, saying it would outsource more American jobs and hurt businesses.

“It’s NAFTA on steroids,” Zephyr Teachout, the Democratic candidate for Congress in New York’s 19th district, said in an interview. Teachout, a Sanders endorser, is a rising star in the Democratic Party’s progressive ranks. “It offshores jobs and offshores power.”

It is the policy plank where Sanders and his aides believe they have the most leverage. But opposition to the TPP did not make it into the draft of the platform, largely because of President Obama’s influence. Sanders has to convince the party to enshrine its opposition to the President into the platform in Orlando next week. Jim Hightower, the former commissioner of the Texas Department of Agriculture, will offer an amendment to do so, Gunnels said. Sanders is also mobilizing labor unions, including the Communication Workers of America and the American Postal Workers Union, to support the amendment.

As it is written now, the draft of the platform says that the Democratic Party should support a living wage for all workers and that Americans should make at least $15 per hour. But Sanders has so far been unable to push for a clause that explicitly backs a federal $15 minimum wage.

Clinton began the primary advocating for a $12 minimum wage, but by the end of the nominating contest suggested she would be open to a $15 minimum wage if it could pass Congress. One of her largest endorsers was the Service Employees International Union, which has been perhaps the biggest advocate in the so-called “Fight for 15.”

Clinton said in a March debate that she would regulate , hydraulic fraturing, or fracking, so that “by the time we get through all of my conditions, I do not think there will be many places in America where fracking will continue to take place.” But for Sanders, that doesn’t go far enough: He has called for an absolute ban on the drilling technique.

Sanders allies were deeply disappointed that the Clinton supporters on the platform drafting committee did not compromise with them on this front. Bill McKibben, a leading environmentalist and Sanders endorser, decried the Clinton camp’s resistance to a carbon tax and a fracking ban.

Josh Fox, the director of the anti-fracking documentary Gasland, will be introducing that amendment to the platform. Fox could often be seen on the campaign trail with Sanders, waving a dirty bottle of water from the podium as a prop to protest fracking.

In making demands during the process and highlighting the divides in the Democratic Party, Sanders could make it harder for Clinton to unify the party. His fight over the platform is one Hillary Clinton did not wage against Obama in 2008. But Sanders supporters say they are not hurting Clinton in her fight against Donald Trump. “By strengthening the platform in a very public way, we’re doing our best to rally people around the Democratic Party,” McKibben said. “Enthusiasm is at least as good a motivator as fear.” 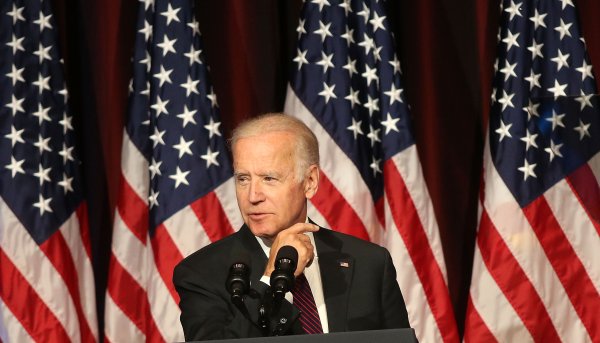