This Company Is Selling the Most San Francisco Shoes Ever

Roth Martin really wants to make it clear that he tried to make his company’s shoes in America, though he says the necessary tools just aren’t here. That is, after all, one of the few zeitgeisty claims he can’t make about the flats being sold by his new San Francisco-based footwear company, Rothy’s.

While a millennial might frown to read the “Made in China” label on the insole (and one imagines it keeps Martin up at night like raccoons in the attic), they tick a long list of other boxes. Rothy’s shoes are recyclable and made from recycled plastic bottles, knitted in six minutes with the guidance of waste-minimizing software, and as comfortable yet office-appropriate as any $125 pair of kicks you’re likely to find. They are very San Francisco in 2016.

“With a computer program, we were able to write a pattern that basically uses this fiber exclusively,” says Martin, holding an electric-blue thread that was once a beverage container and will soon be on someone’s feet. “People expect products to be good, but they also expect the company to do good,” he says. “We certainly think that’s the future.”

Roth and his cofounder, Stephen Hawthornthwaite, are entrepreneurs more than feet enthusiasts, men who came to found the company out of the desire to run a consumer brand of no definite type. After years of research and soaking up inspiration from companies like TOMS and Patagonia, they settled on shoes and set up headquarters in the back of Martin’s tony design gallery in Jackson Square—the type catering to people who would, in the right set of circumstances, pay $24,000 for a chair.

For now, the shoes come in only two silhouettes and several colors, a limited palette that Martin says speaks to their emphasis on simplicity, another toast to times in which trendy fashion companies pursue perfection in the form of white T-shirts. “Less is becoming less and meaning even more,” Martin says.

Though the price tags—$125 (round toe) and $145 (pointy toe)—will certainly seem high to some, Martin sees it as the equivalent of a “good running shoe.” And there is a cost-per-use argument to be made for people, like myself, who tend to hunt for $40 bargains in the hinterlands of the local DSW.

Because the shoes are knitted, they breathe like mesh. And when you do manage to get them dirty and sweaty enough, you can throw them in the washing machine. After a couple washes, a pair I was given for free to test out came out of the dryer much the same as it came out of the box. Because the flats are “3D knit to shape,” with the whole top coming out in a single piece, there were no seams or raw-rubbing surfaces that sent me running for the Band-Aids either.

On the table at HQ in June are designs Rothy’s is playing with for fall. Python and snake patterns. Subtle luggage strips and racing stripes. A knitted skull and a mockup of a shoe decorated with SoulCycle branding, a telling test of partnership given that outlet’s success with affluent, metropolitan young women. For those weary of the zeitgeist, in which consumers pay $35 to rage in the dark on stationary bikes, $125 recyclable plastic shoes might seem too on trend. But there’s also something to say for shoes that are so pleasant on the feet that you forget you are wearing shoes at all. 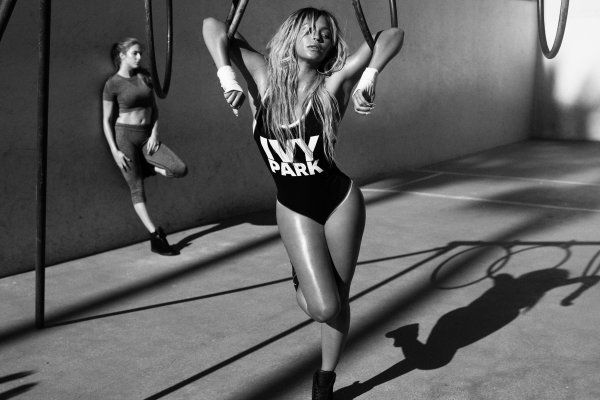 Your Summer Beyoncé Fix Is Here In the Form of More IVY PARK
Next Up: Editor's Pick