A view of the remodeled exterior facade of the Cinemark Century 16 Theaters in 2013 in Aurora, Colorado. The theater was the site of a mass shooting on July 20, 2012.
Marc Piscotty—Getty Images
By Julia Zorthian

The lawyers filed a bill of costs for $699,187.13 a Colorado court earlier this month, to cover money spent on preserving evidence, copying records, travel, and more, CBS reports.

More than 24 survivors of the attack had sued the theater for not providing appropriate security measures to prevent the shooter’s rampage on July 20, 2012 that killed 12 and wounded 70. Last month, a jury ruled in Cinemark’s favor.

Colorado courts allow winning parties in lawsuits to recover their legal costs from the losing side in civil cases. A judge did not immediately answer Cinemark’s request. 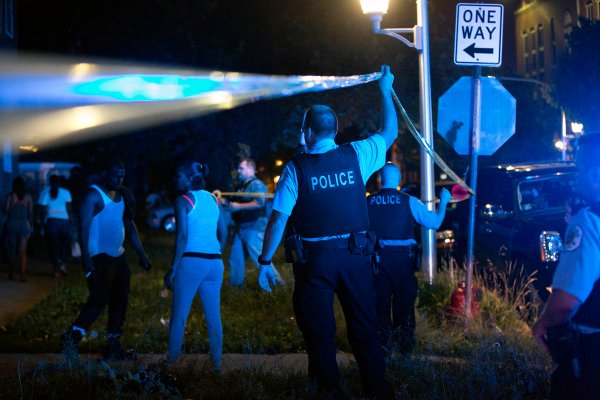 Chicago Shootings Up By More Than 50% Since Last Year: 'An Orlando Every Month'
Next Up: Editor's Pick