The Racial Wage Gap Has Not Changed in 35 Years

Photo by Elizabeth Renstrom for TIME; Photo Illustration by Lauren Margit Jones for TIME
Ideas
By Kirsten Salyer
Kirsten Salyer is a writer and the former Deputy Editor of TIME Ideas

In the past 35 years, the gap between the wages of black and Hispanic American workers and those of white ones has not significantly changed, according to a new Pew Research Center analysis of Bureau of Labor Statistics data.

White men also continue to out-earn all women, and in 2015, Hispanic women earned the lowest average hourly wages at $12, compared to $13 for black women, $17 for white women and $18 for Asian women.

Read: Women Are Closing the Wage Gap. Ever. So. Slowly.

What explains these persistent discrepancies?

Unfair hiring practices may play a role, Pew points out; according to Pew’s own recently released research, about 21% of black adults and 16% of Hispanics say that their race or ethnicity has caused them to be treated unfairly in hiring, pay or promotion in the past year, compared to 4% of whites. And about 40% of blacks and 20% of Hispanics say their race or ethnicity has made it harder for them to succeed in life, compared to 5% of whites. 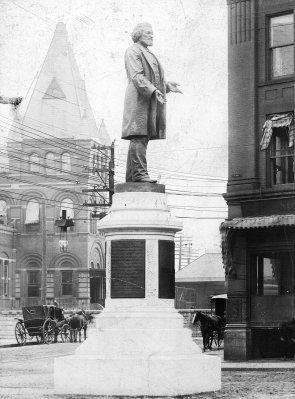 We Keep Seeking Inclusion
Next Up: Editor's Pick