The foundation chose the husband-wife team’s firm from a short list of seven that was released in December. The firm has built for Chicago before, designing the Logan Center for the Arts that opened in 2012 on the University of Chicago campus. TWBTA will work with local Chicago firm Interactive Design Architects on the project.

The Obamas chose Williams and Tsien for their previous work on civic projects and for the attention they paid to Chicago’s history and architecture in their proposal, Obama Foundation chair Marty Nesbitt told reporters Thursday.

Architectural critic Paul Goldberger, who served as a consultant during the selection process, told reporters that Williams and Tsien’s architecture embodies aspects of Obama’s presidency.

“If there’s anything that characterizes their work, it’s a combination of dignity, beauty and understatement,” Goldberger said. “All of those things will be needed in this challenging project.”

Goldberger also emphasized that the Foundation used the selection process to choose the architects, not the design — so Williams and Tsien are starting with “a blank slate.” The firm could take one or two years to submit their design to the Foundation.

Along with the library and the presidential archives, the presidential center will house the Obama museum, performance spaces, meeting areas, dining facilities, innovation “labs” and outdoor gardens.

The center aims to open by the end of 2021, though more precise timing for the project and its stages has yet to be determined. Williams and Tsien will begin designing once the the firm and foundation choose between the potential Jackson Park and Washington Park sites. Nesbitt said there are “a lot of factors” that go into building in Chicago — most prominently, the weather.

“We are deeply moved by the mission of the Obama Foundation and the role the Center can play in empowering that mission. It is a joy, an honor, and a responsibility to create a place that reflects the optimism and integrity of the President and the First Lady,” Williams and Tsien said in a statement. Obama presented Tsien and Williams with the National Medal of Arts in 2013. 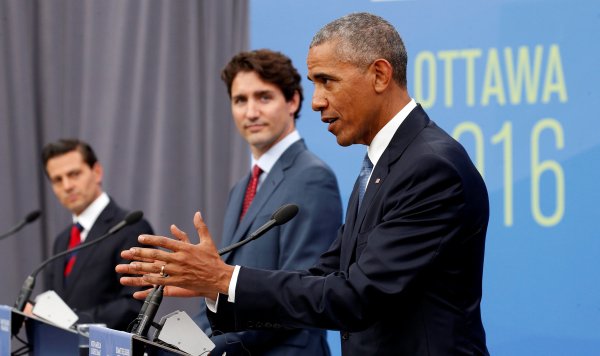