This Is Why Donald Trump Is Terrified of Strong Women

Ignoring a disciplined statement from his own campaign that hit Clinton on her support for free trade, Trump immediately went off script to call Warren “Pocahontas” and the “real racist.” (Trump surrogate Scott Brown, himself adept at losing to Democratic women, then compounded the error, suggesting that Warren be subject to a DNA test.)

Since Clinton is unlikely to risk letting a Republican governor appoint Warren’s successor to the U.S. Senate, Warren makes little sense as Clinton’s vice-presidential pick other than to bait Trump. It keeps Trump busy punching down, solidifying his image as a bully who looks more pathetic with every passing day. Just as John Kerry couldn’t stop wind-surfing for a couple of months during the 2004 election, Trump will unceasingly take the bait, and the Clintons and Warren will dish out plenty of it.

At least Trump is setting expectations for what’s to come over the next few months. What we see is what we will get. As the brand licensor puts it, there will be no Trump 2.0: “I do what I do.” Trump’s lacking campaign organization hints at his management ineptitude, but no amount of staff or resources can fundamentally change his character. And two things that will always provoke him to be himself are substance and strong women.

Substance and strong women terrify Donald Trump—a pathological disadvantage exacerbated by going mano a mano against Clinton. Within public bravado lies crippling inner torment, and Trump must know deep down that Clinton knows far more than he does about the game of politics.

It’s why Trump, with so many ways to attack Warren—for one, as a sell-out abandoning her anti-free-trade principles to endorse Clinton—picked the most trivial point. Never mind that Trump has no moral high ground here—the real estate heir claimed in multiple books that his family is Swedish, when the Drumpfs were actually German. Trump would far rather wallow in Warren’s old and disputed claim of her Native American heritage instead of debating a former Ivy League professor on the issues.

Trump’s big problem, though, isn’t weathering the day-to-day combat of the campaign; he should be worried about the debate stage, because Clinton will be ready.

Trump admitted his debate anxiety to Fox News’s Megyn Kelly (herself the reason he essentially donated a million dollars to a veterans charity to avoid facing her at another debate). “I’ve never debated before,” Trump reminded Kelly twice, referencing his first debate and unseemly follow-up conduct to Kelly. When Trump realized he could handle the stage, Trump told her, he knew he could be President. “I think that first debate meant something because I felt very, very comfortable with the subject and I felt very comfortable with the people I was competing against,” Trump said.

Clearly, he’s less comfortable competing against a woman he once said would be a great president. Clinton undoubtedly has a well-staffed team of researchers and policy wonks gaming out every possible debate scenario. They will present her with detailed briefings covering everything from moderator questions to possible Trump responses and counter-attacks. Her team is likely preparing and message-testing pithy soundbites to throw back at Trump if he does go into the gutter. She will read these briefing books, absorb this knowledge and understand what she’s learning, whereas Trump can’t show the discipline to learn how to read from a teleprompter.

Unlike the GOP debates, where half a dozen participants were all under strict time constraints, he’ll need to fill roughly 45 minutes of air time,compared to the 11 minutes of speaking time he had in the first Republican debate. The longer the debate goes, the harder it will be for Trump to dance around his ignorance of the facts. And Clinton, a practiced policy expert, will be looking for any opportunity to exploit his shortcomings, just as Senator Rand Paul did when he pointed out to him that China wasn’t a part of the Trans-Pacific Partnership.

Trump’s only hope is to exploit the widespread perception of Clinton’s untrustworthiness as the first presidential candidate who is the subject of an active FBI investigation. That should be his message: Clinton thinks she’s above the law and is a fundamentally corrupt Washington politician.

What about Trump’s performance to date lends any confidence that he’ll be able to pull this off?

This is not going to go well for anybody, least of all American voters who want a real leader. 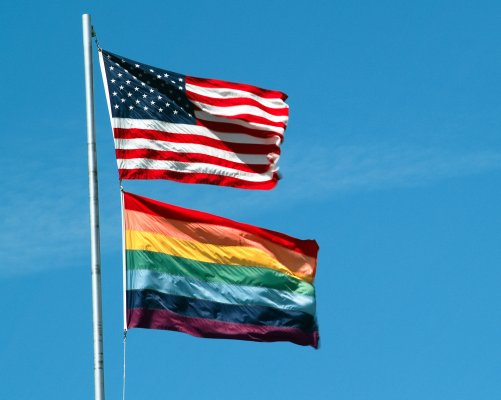