Gwyneth Paltrow understands why she’s not popular with everyone, but for the record, she says she didn’t get a free ride in life.

Speaking in a live interview with BBC News on HARDTalk, the human lifestyle brand addressed being named the “Most Hated Celebrity” in Star magazine back in 2013. On why people might loathe her, she said this:

“First of all I was like, ‘I’m the most hated celebrity?’ More than, like, Chris Brown? What did I do? All I can do is be my authentic self, but I think there are things about me that make people draw conclusions. For example, there is the perception that I grew up very wealthy and that I was given, you know, that I was sort of raised with a silver spoon in my mouth, which inspires a lot of resentment.”

The lemongrass mayo fan accepts the resentment, but she wants you to know that her life wasn’t the woodland creature-lined path on easy street people might think it was. Paltrow added that her father, Bruce Paltrow, told her she’d have to fend for herself.

“He said, ‘You are completely on your own. So he never gave me anything. I never had any supplementation, he never helped me with my rent, I never had a trust fund. So the idea that I am spoiled or that I didn’t work for what I have, that’s just not accurate. But I can see how somebody might have that perception.”

And another thing, the Oscar-winning actress never met a fry she didn’t like.

“People tend to think that I eat just seaweed and a bit of air. I have never had a horrible experience with French fries. French fries are my life!” 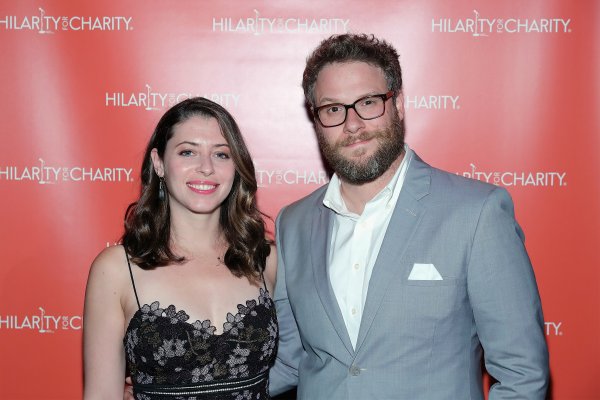 Seth Rogen on His Alzheimer's Charity and Why He's Shocked They're Airing His Bud Light Commercials
Next Up: Editor's Pick