The plan, hatched by Senate Republicans after the unexpected death of Justice Antonin Scalia in February, was to make the presidential election into a referendum on the future of the Supreme Court.

But the court has not cooperated.

Given multiple chances to stir up a ruckus at the end of the term, the eight Justices used a mixture of strategic silence and status quo rulings to muffle what could have been an explosive finish. They did not gut the right to choose an abortion, nor did they write an end to affirmative action. Where they were evenly split–as they were on President Obama’s use of executive orders to deal with immigration–they said almost nothing, allowing a lower-court ruling to stand without issuing an opinion.

Compared with the bombshell endings to recent terms–the rescue of Obamacare, same-sex marriage and so on–this was a downright modest season finale. Which is not to say that everyone was happy with the results. The court’s 5-3 ruling against Texas abortion regulations was in line with past court rulings, but it was still a major blow to activists who call themselves pro-life. Similarly, a 5-3 ruling will permit the University of Texas to continue factoring race into admissions decisions; critics of such policies began the term with high hopes that affirmative action was doomed.

As usual, the key vote belonged to Associate Justice Anthony Kennedy, the Reagan appointee who maddens conservatives with his willingness to join his liberal colleagues on certain big cases. Kennedy wrote the court’s opinion in the affirmative-action case, shocking scholars who had never seen him vote in favor of such policies in the past. His ruling was a painstaking exercise in hair splitting that made no claims to be definitive for future disputes arising from other programs. He wrote with the caution of a bomb-squad technician intent on defusing a trap.

Kennedy was a silent signatory to the abortion ruling, which was written by Clinton appointee Stephen Breyer. But the opinion essentially renewed and reinvigorated the landmark 1992 holding in Planned Parenthood v. Casey in which Kennedy played a key role. Intended as an end to the abortion wars, the 1992 ruling merely shifted the battlefield.

Abortion opponents began devising regulations and restrictions that could be said to advance maternal and fetal health without imposing “undue burdens” on women. The Texas regulations before the court–which mirrored similar laws in several other states–required abortion providers to have admitting rights at nearby hospitals and abortion clinics to meet the exacting standards set for outpatient surgery centers.

Breyer’s emphatic opinion, with Kennedy’s endorsement, held that the regulations offered scant medical upside for patients while heavily burdening abortion rights by cutting the number of providers: “The surgical-center requirement, like the admitting-privileges requirement, provides few, if any, health benefits for women; poses a substantial obstacle to women seeking abortions; and constitutes an ‘undue burden’ on their constitutional right to do so.”

Abortion-rights advocates praised the ruling as one of the strongest since Roe v. Wade. Certainly, by building on the 1992 precedent rather than hollowing it out, the court may have lowered the volume of the public debate.

Meanwhile, the President’s nomination of appeals-court judge Merrick Garland to fill Scalia’s seat still languishes in the GOP-controlled Senate, where it is likely to remain until after the election. It’s not clear how seriously the failure to act on Garland’s nomination altered the court’s path. By remaining silent on the cases where they deadlocked 4 to 4, the Justices shrouded their controversies–and future direction–in mystery. 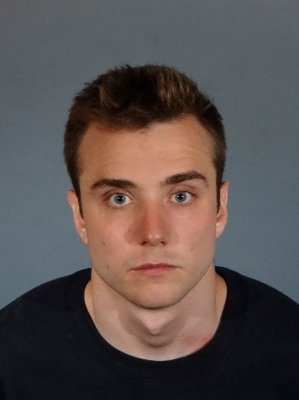 Gay YouTube Star Charged After Allegedly Making Up a Hate Crime
Next Up: Editor's Pick