Woody Guthrie Is In Good Hands

The national treasure that is American folk and country music came over on boats from the British Isles in the 17th century, especially the Scots-Irish borderlands. It traveled down the Appalachian–via fiddle, banjo and guitar–in ballads and hymns, the words changing into new songs but the music immutable.

It was the first music that the great American songwriter Woody Guthrie ever heard: his mother singing classic Anglo-Celtic ballads in a high-nasal country twang at their home outside Okemah, Okla. His favorite was a sad song called “A Picture From Life’s Other Side.” “I didn’t know that!” Del McCoury, the legendary bluegrass performer, told me recently. “I love that song.”

McCoury, who is 77, learned his music, those same traditional church and folk songs, from his mother too–in York County, Pennsylvania, at the northern tip of Appalachia. He also sings in a high-nasal country twang, and has been playing in a band with his two sons Ronnie and Robert for 30 years.

A few years ago, the McCoury band played the Newport Folk Festival, and after its set, Del was approached by a woman with wild gray hair who introduced herself as Nora Guthrie, Woody’s daughter. “I think,” she told Del, “if my dad had a band, it would sound like you.” McCoury had heard the name Woody Guthrie–had even sung some of his songs, like “So Long, It’s Been Good to Know Ya”–but didn’t know all that much about the man. Nora told him that Woody had written thousands of songs but the music to many of them had been lost. In most cases, Woody hadn’t written any music at all but attached his new lyrics to traditional country melodies. “This Land Is Your Land,” for instance, was based on an old Baptist hymn sung by the Carter Family. “If I send you some lyrics,” Nora asked McCoury, “do you think you can put them to music?”

That’s what Wilco and Billy Bragg did to make 1998’s Mermaid Avenue. McCoury said he’d try, but thought no more of it until a manila envelope appeared in his Nashville mailbox with 25 Guthrie songs, written from 1935 to 1949. Some were classic Woody, about life in the Dust Bowl, moving to California with the Okies, then traveling on to New York. “There was one song he had called ‘New York Trains’ that I really liked, about being a country boy and riding the subways for the first time,” McCoury says. But there were other songs too–funny ones like “Wimmen’s Hats,” which was Woody’s reaction to high fashion in New York, and sad ones like “Left in This World Alone.”

Nora’s hunch proved right. “The music came pretty easily,” says McCoury, who dangled a miniature tape recorder from a ceiling fan at voice level while he read the lyrics and noodled on his guitar. The resulting 12 tracks became the recent album Del and Woody.

The pairing was, in fact, a natural fit: like Guthrie, McCoury is an unwitting classicist–he plays the old-timey songs (and covers some new-timey ones) in the old-fashioned way. He began singing in his Baptist church and on the local Christian radio station when he was a teenager and soon latched on with Bill Monroe’s Blue Grass Boys–the group that allegedly gave bluegrass music its name–as lead singer and a banjo player in 1963.

McCoury looks the way you would hope a bluegrass player would: lanky, with a prodigious white pompadour and farmer’s tan, and eyes he closes when he sings and laughs. Like Woodrow Wilson Guthrie, he was named after a President: Franklin Delano Roosevelt. “My father was a pretty stiff Democrat,” he says. Like Guthrie, McCoury became an icon for younger players, especially jam bands like Phish, with whom he has performed.

The McCoury band practices a raucous austerity onstage. When they debuted the Guthrie songs in April, the band members came out in jacket and tie, as they often do. They play fast and true, without gyrations or demonstrable emotion; their pure, clean sound, anchored by a warm wooden stand-up bass, seems to come out of nowhere, ethereal. It sweeps you off into a deep American place.

Indeed, McCoury smiles–eyes closed with pleasure–at the end of every song. I asked him why he does that, and he said, “I never realized that I did.” He paused a moment. “I guess I’m glad it’s over.” Untruer words were never spoken; the smile is joyous, a moment of personal delight in simple music that comes from a deep place in the American soul. 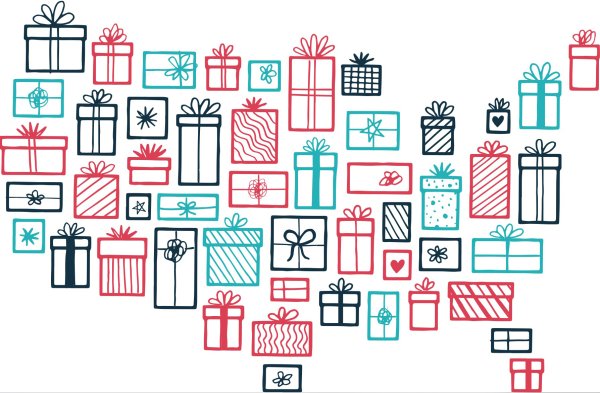