The archetypal American leading man forever leaves behind his sleepy hometown for Hollywood’s blinding lights. Then there are the fresh-faced gentlemen of the greater Kansas City area who cherish their roots so much, they visit each June to raise money for Children’s Mercy Hospital and goof off. The hosts of the Big Slick Celebrity Weekend are funnymen Paul Rudd, Jason Sudeikis, Rob Riggle, Eric Stonestreet and David Koechner. “All five of us had good childhoods,” Koechner says, “so we don’t mind returning to the scene of the crime.”

What started in 2010 as a poker tournament dreamed up by Riggle (Shawnee Mission South High School class of ’88), alongside Shawnee Mission West alums Rudd (’87) and Sudeikis (’94), has mushroomed into a festival with hospital visits, bowling and a softball game on the defending MLB World Series champions’ field. Celebrity friends turn up and money is made. The first year, they netted $100,000 for the hospital; in 2016, the haul was $1.3 million.

Yet even as the Big Slick has grown (as has the logistical challenge of getting so many to K.C.), the operation has remained homespun. Coordinating it all is a brigade of parents, siblings and in-laws. Rudd’s mom says he leaves his laundry on his bedroom floor “knowing it’s going to be picked up and laundered.” Says Kathy Sudeikis, Jason’s mom and a superstar K.C. travel agent: “For our boys, it’s like a birthday party at McDonald’s. You just walk in holding your mom’s hand and everything’s already done for you!” 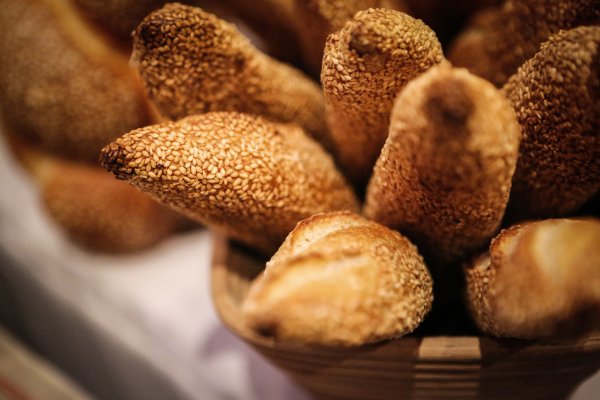 Bread Is Better Than Ever
Next Up: Editor's Pick