The Immigrant's Fate Is Everyone's

I am an immigrant. I am also a human being, an American, a Vietnamese, an Asian and a refugee. I do not have to choose among these identities, despite those who would insist that I do. On one end of the spectrum, well-meaning people who invoke colorblindness–the only affliction Americans wish on themselves–argue that we are all just human. On the other end of the spectrum, racists believe that a nation should be defined by only one color. To have no color or to have only one color! When given just two choices, know that it’s a trick. Even my 3-year-old son understands this. When I ask him whether he will grow up to be Batman or a fireman, he says, “Batman and a fireman!” And why not?

Childhood is marked by curiosity, imagination’s endless play and a disregard for all boundaries. As we age, we learn to respect some borders. But we also stiffen, becoming arthritic in both body and mind. What’s the proper balance between believing that we should explore everywhere, take in everything, and the sensible idea that perils exist, that some strangers really mean us harm?

This is a question without one answer, but it is a question we must keep asking in search of the answer that is right for us at any given moment. To the United States’ credit, Americans have often asked this question. To the country’s discredit, the answers have sometimes involved closing the borders, excluding those of certain races or nations, and deporting people with a reasonable claim to live here.

“Sometimes we ask if this is the real America,” the immigrant writer Carlos Bulosan wrote in “Freedom From Want,” a 1943 essay for the Saturday Evening Post. “Even when we see our children suffer humiliations, we cannot believe that America has no more place for us.” Bulosan was from the Philippines, which the U.S. had taken from Spain in 1898. Instead of giving the Philippines its freedom, America decided to rule it, waging a war and killing hundreds of thousands of Filipinos in the process. Colonizing the Philippines resulted in an odd quirk of immigration. Because they were governed by the U.S., Filipinos could circumvent the exclusion laws that had almost completely eliminated Asian immigration from 1882 until the 1950s. Being a colonized American ward was how Bulosan found his way to this country and became a celebrated writer.

His career peaked with his 1946 classic, America Is in the Heart. The book, like his essay, explored how his adopted nation sometimes welcomed immigrants and sometimes hated them. Bulosan’s writing and life revealed that contradiction. In his essay, he wrote about how “the American Dream is only hidden away, and it will push its way up and grow again.” But his life ended in the American nightmare. The FBI investigated him for being a communist labor activist, and he was afflicted with alcoholism and tuberculosis. He died of exposure on the steps of Seattle City Hall in 1956, his literary reputation already fading. This, too, is an immigrant story.

As a writer and as someone who also comes from a country where the U.S. fought a bloody war, I often think of Carlos Bulosan. His writing was an act of the imagination, calling on Americans to believe in the best of their rhetoric and not the worst of their practice, both of which exist at the same time. He reminds us that a nation without immigrants is a country without imagination, a state that turns, eventually, into stagnation. Without immigrants (and refugees and slaves), we would be a much paler and older country, burdened with bland food, boring music and stale language. Imagine an America with no jazz or salsa, no rock music or spring rolls, no rap or wraps. Would you want to live there?

More than this, imagine an America less free than it is today, even if it is not fully free today. Because this is what immigrants (and refugees and slaves) have done: through their ordeals and struggles for a place in this country, they have forced Americans to re-read their Constitution, to acknowledge that no one is ever three-fifths of a human being, to believe that America should not be only white and is not always right. So when Donald Trump said he wanted to build a wall to keep Mexicans out, Mexican Americans responded by batting at piñatas with his face on them.

Even before Trump can build that wall to keep our neighbors out, we must say, as Reagan did to Gorbachev, “Tear down this wall.” If John F. Kennedy could say to Berliners that he was one of them, then all Americans can say the same to immigrants.

If we want to be great, we must create and re-create the U.S., over and over, a job for which immigrants are ideally suited. Their fate is America’s as well. Here, too, it’s worth remembering what Bulosan wrote of immigrants: “We are the mirror of what America is … If we fail, then America fails.” But whose America and what America are we speaking about?

My America opens its arms to the world rather than sells the world its arms. My America has a capacious hunger and the humility to wonder if it is right. My America speaks many languages and knows when to hold its tongue. But I know that another America exists, a more fearful and dangerous one. If that America wins, then we and the world lose.

Nguyen is a writer and professor. His novel The Sympathizer won the 2016 Pulitzer Prize for fiction 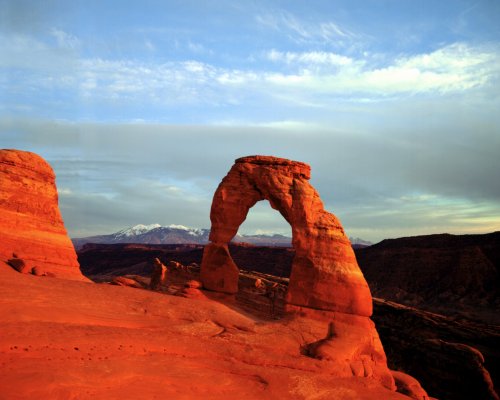 Ken Burns and Dayton Duncan on the Bold Experiment of Our National Parks
Next Up: Editor's Pick