The Fish That Didn't Get Away

The mass of salmon is invisible under the calm surface of the water–at least at first. Put out a net, however, and everything changes. “It absolutely erupts,” says Corey Arnold, a photographer who also works as a commercial fisherman during the summer sockeye run in Bristol Bay, Alaska. “They come in like a wall.”

These days the hardest thing about fishing for salmon, Arnold says, is being careful not to catch so many that your boat sinks. His experience is borne out by hard data: the Alaska department of fish and game estimated that 58 million sockeye salmon made the run last year, the third most since 1960. That bounty isn’t by chance–Bristol Bay is one of the world’s best-managed salmon fisheries, according to scientist Gregory Ruggerone, who studies them.

And it’s not just salmon. Years of concerted effort to fight the effects of overfishing are paying off across the nation. From the Pacific canary rockfish to the mid-Atlantic tilefish, 39 once distressed ocean fish stocks have been officially rebuilt since 2000. Of the 473 fish populations tracked by the National Oceanic and Atmospheric Administration (NOAA), just 16% are considered overfished and only 9% are subject to overfishing. (The subtle difference: if the population is too small to be healthy, it’s overfished; if too many fish are harvested, that’s overfishing.) Since 2000, NOAA’s Fish Stock Sustainability Index–like the Dow of American fisheries–has nearly doubled.

This revival isn’t just good for fish: it has been a boon for many women and men who make their living from our waters. In 2014, the most recent year for which NOAA figures are available, the commercial fish industry (which includes imports) brought in $153 billion in sales, up 8% from 2013, and accounted for 1.39 million U.S. jobs, a recovery to pre–Great Recession levels.

“We are recognized by almost everyone as being one of the most sustainable models in the world,” says Eileen Sobeck, the assistant administrator for fisheries at NOAA.

This moment is more than 60 years in the making. The roots of America’s modern fisheries laws date from the hectic years after World War II. With many economies on the rebound, European and Asian fishermen ventured near the coastal U.S. for their catch. At the same time, domestic fishermen were plucking huge hauls to feed a prosperous and growing population. Soon, America’s fish stocks were seriously depleted: TIME reported that the New England catch had nearly halved from 1957 to 1974. Many feared stocks would never rebound.

In 1976, after decades of decline, Congress passed the law now known as the Magnuson-Stevens Act, giving the federal government fishing jurisdiction over waters from 3 to 200 nautical miles offshore. (The first three miles are mostly controlled by states.) The feds used the law to limit foreign fishing within that zone and to direct national and regional fishery authorities to use “the best scientific information” to set catch limits.

The law was strengthened in 1996 and again a decade ago. Now it requires that fish habitats be protected and that fishery-management plans be designed so overfished stocks are rebuilt by a set deadline. Those timelines are what sets the U.S. apart as a “global leader in sustainable fisheries management,” says Robin Pelc, fisheries-program manager at the Monterey Bay Aquarium.

These measures have their critics. Florida Senator Marco Rubio has introduced a bill that would make the timelines less rigid. Arnold–who took the photo above–says he’s heard that some fishermen in slower-to-recover areas are “pulling their hair out” over complying with rules. Even Sobeck acknowledges that the rebound has come “on the back of a lot of pain to fishermen and their families.”

Many fishermen, however, recognize that their livelihood depends on having enough fish in the ocean to catch. “Commercial fishing is not a right, it’s a privilege,” says Christopher Brown, a commercial fisherman in Rhode Island and president of the industry group Seafood Harvesters of America. He praises the law he describes as the fisherman’s “contract with America.”

That’s a point that’s hard to argue with. “There definitely are areas where we need to continue to improve,” says Brad Sewell, director of fisheries at the Natural Resources Defense Council, an environmental group. “Fisheries management is hard work, and I mean that in the truest sense of the word.”

The challenges are daunting. Bycatch, the accidental netting of the wrong fish, remains a problem, as does loss of fish habitat due to climate change and pollution. Even regulations that have been successful can always be walked back. And when it comes to saving fish–which don’t exactly heed borders–the U.S. can’t go it alone. But there’s hope too: New nets can reduce bycatch, and improvements in domestic fish farming might relieve some of the burden on wild populations while nudging the market away from the foreign aquaculture that supplies nearly half the seafood Americans eat. The implementation in June of the first international treaty to reduce illegal fishing should also help.

If the feds and fishermen continue to abide by their contract, it should mean more fish for all of us–including Corey Arnold, who has gone back up to Alaska for this year’s salmon run. If the forecast holds, he’s looking at a major haul. 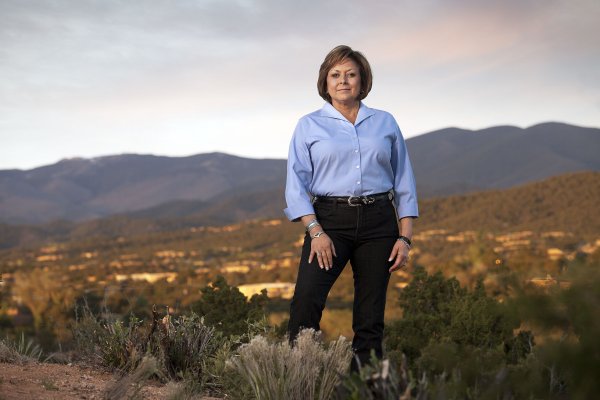