A Majority of Americans Think the U.S. Economy Is Rigged

Unemployment in America may have hit a forty-year low, but few Americans are taking comfort in numbers. According to a new poll, nearly three-quarters of Americans believe the U.S. economy is rigged.

A national study, conducted last May by Marketplace and Edison, asked 1,022 participants about numerous aspects of their financial lives, ranging from job hunts and medical bills to the date of their most recent family vacation. The survey results produced a grim portrait of economic anxiety that is crossing class, race, and political boundaries.

According to the survey, 32% of Americans say they lose sleep over their financial situation, and 48% of Americans believe the economy for the next generation of Americans will be worse than that of the present. Even more jarring is the finding that 71% of Americans believe “the economic system in the U.S. is rigged in favor of certain groups.” 61% of Hispanic and 71% of White/Other respondents shared this belief, while over 80% of African Americans agreed with the statement.

The respondents’ outlook on the current political climate is just as bleak. 75% said they were “dissatisfied” or “angry” with elected officials in Washington, while 47% were “not satisfied at all” with this year’s selection of candidates for president. Indeed, almost half of respondents believed that the choice of a Republican or Democrat for the White House would make “no difference” to their personal financial situation.

“Rigged” is enjoying its moment in American parlance. Democratic nominee Bernie Sanders’ November 2015“Rigged Economy” ad first used the term to blame the government and Wall Street for eradicating the middle class. “This is an economy that is rigged and meant to benefit those on top,” Sanders stated at a rally in Los Angeles last August. “We need an economy that works for all people.” Fellow outsider Donald Trump followed suit, branding the American economy as well as the GOP nomination system under the same adjective. At a rally in New York this past April, Trump declared, “If you think about it, the economy is rigged. The banking system is rigged. There’s a lot of things that are rigged in this world of ours, and that’s why a lot of you haven’t had an effective wage increase in 20 years, folks.”

Since survey respondents represented a roughly equal mix of conservative and liberal values, their collective opinions concerning the “rigged” economy is all the more telling. With economic—not to mention political—polarization threatening to grow ever higher, it appears that Americans have found at least one topic on which (almost) everybody agrees. 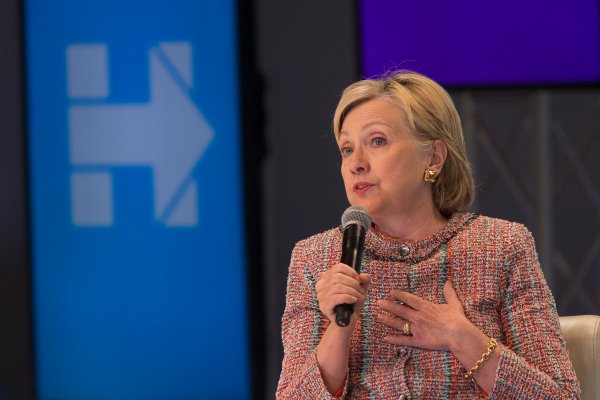 Why Hillary Clinton's Student Debt Idea Is Smart
Next Up: Editor's Pick