In November, two transgender women will run for Congress as Democrats.

In Utah, 30-year-old grocery store clerk Misty Snow, who worked her shifts while campaigning, will run for a Senate seat against incumbent Tea Party Republican Mike Lee, who has served in his position since 2011. In 2013, he voted against the Employment Non-Discrimination Act, which would have worked to stop LGBT discrimination from continuing in the workplace. Snow is the first transgender nominee from a major party to run for a Senate seat. According to the Salt Lake Tribune, she “has given scant attention her potentially historic status” and has “repeatedly called [Lee] ‘loathsome.’” Utah has not elected a Democratic Senator since 1977.

In Colorado, 33-year-old IT professional Misty Plowright, who also continued working while campaigning with the slogan “Let’s Plowright into Congress,” will run to represent the fifth congressional district. According to the Colorado Springs Gazette, “No Democrat has ever been elected to represent the 5th Congressional District.” She will face incumbent Representative Doug Lamborn, who did not vote for President Barack Obama’s executive action to stop federal contractors from discriminating against LGBT employees in April. 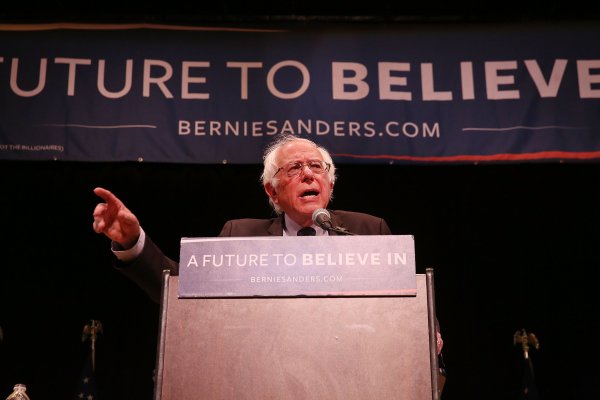 Bernie Sanders Says Brexit Should 'Sound an Alarm' Against Donald Trump
Next Up: Editor's Pick