This Retro 90's Soda Is Making a Summer Comeback

The beverage and snacking giant on Wednesday finally confirmed that Crystal Pepsi, which had a brief run in the U.S. between 1992 and early 1994, would return to shelves for a “limited time” in the U.S. and Canada over the next few months. Pepsi PEP 0.66% said it was inspired by “overwhelming fan demand.”

Pepsi had previously offered Crystal Pepsi through a sweepstakes it held last year, but this new initiative represents a broader retail push, albeit for a limited time. The soda will start to hit shelves on July 11 in Canada and Aug. 8 in the U.S., with the retail push focusing on 20-ounce bottles that will retail for $1.79.

Originally, Crystal Pepsi generated such impressive waves that the clear cola inspired some high-profile copycats. Rival Coca Cola KO 0.41% also went “clear” with the launch of Tab Clear, which was a cinnamon-tinged version of Coke’s original diet soft drink. At the time Crystal Pepsi was launching, executives were so excited about the innovation that they were saying it was akin to when the chocolate industry began to sell white chocolate.

But what led to the demise of Crystal Pepsi? Too many me-too products. By 1994, colorless was deemed “dead” by media outlets. Originally meant to convey purity and more natural ingredients, the craze ended up engulfing many pockets of the consumer goods world—including dishwashing soaps, gasoline, and even beer. (Yes, there was a Miller Clear).

The big news of Crystal Pepsi comes during a busy week for Pepsi’s soda portfolio. Just two days earlier, the company announced a big change to its lineup, including the return of Diet Pepsi with aspartame after a big, splashy change to the beverage’s formula last year. 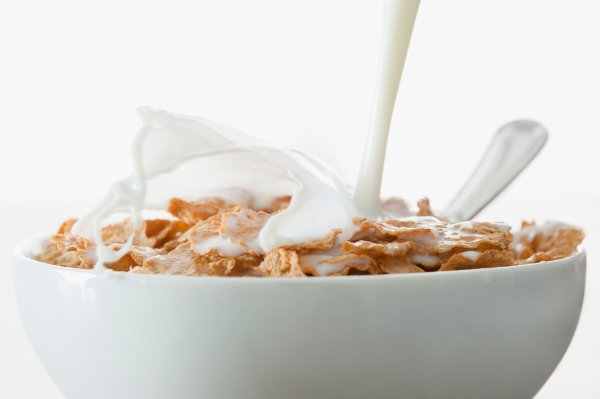 Grab Your Spoons Because a Cereal Cafe Is Coming to NYC
Next Up: Editor's Pick