Leaving the European Union Will Give Britain the Freedom to Thrive

Britain’s decision to leave the E.U. was received with surprise around the world. It shouldn’t have been.

We have the fifth largest economy in the world. We are heirs to an immense and rich cultural heritage, and we have strong and vital networks across the globe. We have always been a pioneering nation and are fiercely proud of our ability to determine and shape our own destiny.

We joined the European Union as a trading bloc, but it has become something that none of us wanted it to be, with a reach into almost every area of our lives. Some analysts suggest it now influences as much as 60% of our laws, from agriculture to trade and the environment.

The E.U. regulates the hours that doctors work in our hospitals, the rules that surround our journeys to work, the offices and factories in which we spend our working day, how we manage our countryside, our seas and our rivers, how we conduct medical research, the rights of our consumers. The list goes on and on – and the plans for further integration are to be seen on all sides. It is that E.U. that we are leaving.

Read more: Former PM of Belgium: Brexit Can Save Europe From Itself

This is about a Britain that wants to be a dynamic global economic player, and not part of a sluggish and outdated political union that is becoming less and less important in the world economy. The E.U’s rate of economic growth has shrunk from an average of 3.6% in the 70s to less than 1% today, and its share of world economic activity is falling all the time.

It is through this prism that our friends and allies around the world need to see this decision. This is not a march away from free trade (though it is worth saying that Britain has a massive trade deficit with the E.U. of about £60 billion a year). It is taking back a degree of control over our country that allies such as the United States would never have countenanced giving up themselves.

For years business has rightly complained about the cost and burden of rules that we struggle to affect. Outside the E.U. we can really start to change this. Our offshore oil industry, for example, was told by the E.U. to rewrite its gold standard safety procedures for no tangible benefit. It was simply to tick a bureaucratic box. That kind of intervention need not happen in future.

Within the E.U., the U.K. gave up its sovereign control over trading arrangements – and the E.U. lagged behind in forging modern trade ties with emerging economies. Outside it, we can finally do free trade deals with countries in Asia, the Americas and the Commonwealth and open up new opportunities for business.

We will do business as normal in Europe. We are their biggest customer, for example buying 20% of the output of German car companies. When the dust has settled on this decision, no sensible German government will want to risk that business.

Outside the E.U. we will be a globally facing nation, we will stay good friends and neighbours in Europe, but we will control our own destiny. We have an exciting future ahead of us. 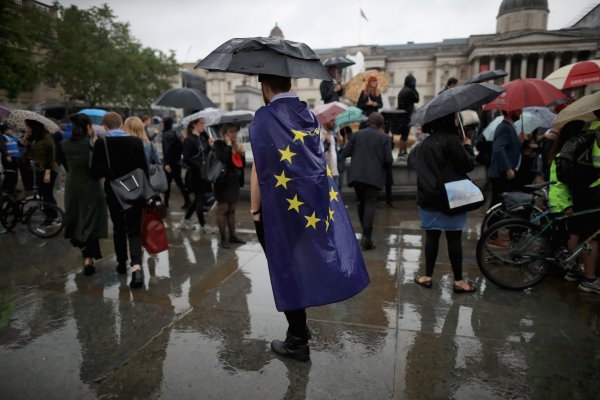 Britain’s Referendum Was Not a Triumph of Democracy
Next Up: Editor's Pick