Vice Pres. Richard Nixon, right, meets with Pres. Dwight D. Eisenhower, left, at the White House to report on his tour of the Soviet Union and visit to Poland, Aug. 5, 1959, Washington, D.C. Milton Eisenhower, the President's brother, who accompanied Nixon, is with them.
AP Photo
By Emma Ockerman

Today, it wouldn’t seem out of the ordinary for a U.S. President to touch ground in Poland, as President Barack Obama will do this week for the NATO summit in Warsaw, which begins Friday. But it wasn’t until 1972 that President Richard Nixon became the first sitting president to make a visit to Polska—in a visit that, while it might have seemed uneventful, spoke to during an important change in the relationship between the U.S. and the Soviet Bloc.

He had made a stop as vice president to in 1959, just a few weeks after his infamously tense “kitchen debate” with Soviet Premier Nikita Khrushchev in Moscow. At that time, thousands of Poles arrived in Warsaw to greet Nixon’s motorcade in a supposed protest of communism, and to display their allegiance to American values. Nixon then met with Polish Communist leader Władysław Gomułka. In a report following the meeting, Milton S. Eisenhower—the president’s brother, who had gone with Nixon—wrote that Poland would appear to be the “Achilles Heel in the Socialist camp,” as the Poles craved independence. Poland’s more cordial relationship with the United States and the clear support of the Polish people would act as a sort of foot in the door for American diplomats seeking negotiations with the Soviet Bloc.

By the time he returned—after failing to get back to Warsaw in the interim, having been denied a visa—things were very different.

In the spring of 1972, the thaw that had seemed like a dream in the 1950s was finally within reach. Then-U.S. Agriculture Secretary Earl Butz made a visit to Moscow and held a 90-minute conversation regarding trade between Russia and the United States with Soviet Party Leader Leonid Brezhnev, which Butz deemed “friendly.” At the time, the U.S. only granted “most favored nation” trading status to two Communist countries: Poland and Yugoslavia. Russia, it seemed, wanted the same.

Brezhnev had never spoken at that length to an American official, TIME reported then, and it was promising that he had emphasized the importance of increasing in trade with the U.S. A few weeks later, TIME reported that Henry Kissinger had made a “secret four-day mission to Moscow” and talked Brezhnev for a full 14 hours. He came away convinced that the Soviet Bloc wanted to moved toward relaxing tensions.

So, in late May, Nixon would make a visit of his own to Moscow to meet with Brezhnev for what was dubbed “The Moscow Summit of 1972.” There, the president would sign a treaty that restricted the deployment of anti-ballistic missiles.

In comparison, TIME noted, Nixon’s brief stop in Poland following the Moscow Summit was “anticlimactic,” though reports would mention that Nixon shook hands with Polish citizens and was generally well-received, as he had been during his previous visit.

“Poland has suffered too much from war and Poland, along with other peoples in the world, wants peace, and that is our goal: to achieve a world of peace for all nations,” Nixon remarked upon arrival in Warsaw.

Nixon would return to Poland in 1993. By that point, it seemed to many that the goal had been achieved. The Cold War was over—and Poland, he said then, “played a role much greater than its size in this great revolution that we are witnessing today.” 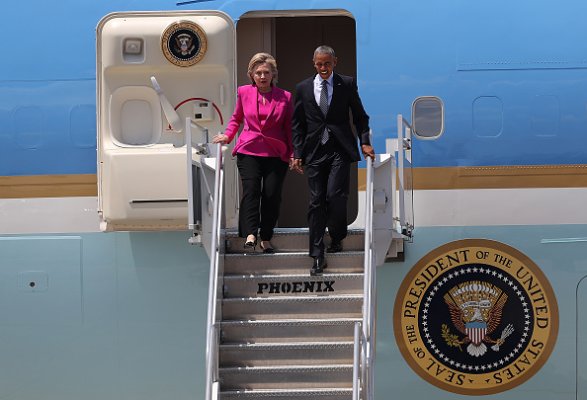