There’s an old, old joke about Kissimmee, Florida, which goes something like this:

A frustrated tourist walks up to the counter of a local eatery in Kissimmee. “Now see here!” he demands. “I keep asking people how to pronounce this dang place, and everybody tells me something different. So once and for all, say it for me—say it clearly and slowlyso I can understand!” And the guy behind the counter says, “Okay—Piz-zaaaaa Huuuuuut.”
[BTW, it’s ka-SIM-me. Say it the other way, and you’ll sound like you’re begging for affection from total strangers: KISS-a-me!]

Southerners love wreaking havoc with town names. It’s who we are. It’s what we do. Imagine how many tourists have taken selfies next to road signs in Crapo, Maryland. (That’s CRAY-poe, people, not—well, the other way.) In Arkansas, a perfectly lovely Spanish name like Diaz becomes “DYE-as,” while Kentuckians pronounce Cadiz like “Katy’s.” And locals in one Georgia burg won’t know what you’re talking about when you tell them how impressed you are with ALL-buh-nee because they live in ALL-binny.

We also have commitment issues, refusing to reach any kind of consensus on town names. That’s why we have Lafayette pronounced la-FAY-et in Alabama and Arkansas, but LAF-ee-ET in Louisiana. It’s why Nacodoches, Texas, is pronounced nack-a-DOH-chis, while the dangerously similar Natchitoches, Louisiana, sounds totally different: NACK-a-tish.

Occasionally, you have to suspect foul play among the namers of our towns. Gruene, Texas, for example, has a mysterious stray “u”—no doubt, intentionally put there by Texans so the rest of us wouldn’t know it’s pronounced just like the color—“green.” Lone Star locals will also give each other a conspiratorial wink if they hear you say Mexia without the required Spanish flair: ma-HAY-ah. Sometimes, though, we’re all about flair removal. Alabama takes the exotic ring slap out of Arab and Cairo, pronouncing them AY-rab and KAY-row. And folks in Maryland don’t see any need to get all Parisian with Havre de Grace—it sounds like “haverty-grace.”

Speaking of the French, we have them to thank for many a tongue-twisting town—and many a befuddled tourist in states like Louisiana, Arkansas, and Mississippi. Behold their handiwork:

Some points on the Southern map reflect a Native American stamp, like Loachapoka (low-chah-PO-kah) and Wedowee (wee-DOW-ee) in Alabama; Florida’s Matlacha (MAT-la-SHAY); the Ouachita (WASH-uh-tah) Mountains in Arkansas—not to be confused with the Wichita (WITCH-ah-tah) Mountains in Oklahoma—and the Atchafalaya (uh-CHAF-ah-LIE-ah) River Basin in Louisiana.

But of all the places we’ve bungled, garbled, and just about choked ourselves attempting to pronounce, there’s a certain river on the Mississippi Gulf Coast that we still can’t say, even though we’ve read the instruction manual. Everybody try it together now:
Tchoutacabouffa
(CHOO-tah-kah-BUH-fuh)

This article originally appeared on SouthernLiving.com 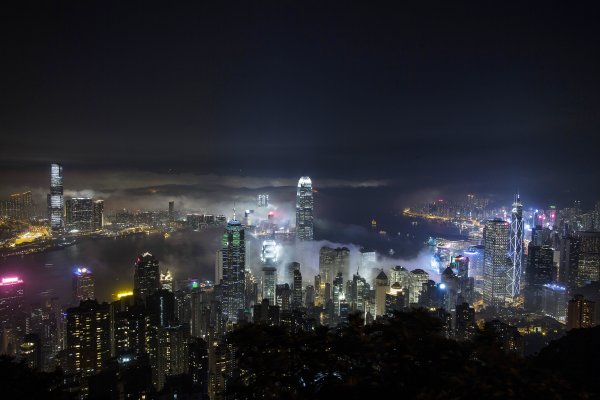 This Is the World's Most Expensive City for Expatriates
Next Up: Editor's Pick