A general view of the site of a grenade attack at a restaurant in Puchong, outside of Kuala Lumpur, on June 28, 2016
Manan Vatsyayana—AFP/Getty Images
By Nash Jenkins

Police are investigating whether or not a grenade attack at a bar in the western Malaysian town of Puchong was the work of ISIS sympathizers.

Early Tuesday morning local time, a hand grenade was lobbed at Movida Kitchen, Bar and Club Lounge in Puchong, where a crowd had gathered to watch a Euro 2016 soccer match, according to the Star, a Malaysian newspaper. The attack, which left eight wounded, was initially reported to have been an act of business revenge.

However, that theory is now under scrutiny after the bar’s owner, Roger Hew, said that he enjoyed good relations with other business operators in the area.

Meanwhile, one man pledging allegiance to ISIS has claimed responsibility for the attack on Facebook. In his post, he said he was seeking retribution for social activities carried out during the holy period of Ramadan, the Malay Mail reported.

“We are working closely with the state criminal investigation department to verify these claims,” an officer at the Malaysian Special Branch, the country’s intelligence agency, told the Mail.

There have been fears of a growing extremist presence in the region since jihadist attackers detonated explosives and opened fire in the Indonesian capital Jakarta in January, leaving seven dead.

Sidney Jones, the director for the Institute for Policy Analysis of Conflict in Jakarta, says that if the Malaysian attack was linked to extremists, it would “be an indication that ISIS in the region was committed to violence.”

“I don’t know yet if it was real, but it was the first time we’ve seen a claim in the name of ISIS Malaysia,” Jones tells TIME. 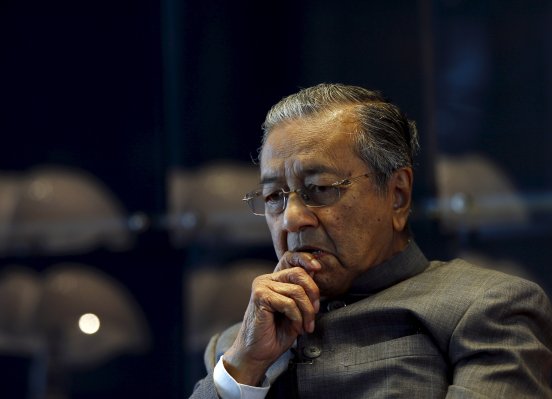 Malaysia's Mahathir on Najib Razak: 'He Should Step Down'
Next Up: Editor's Pick