At his final E.U. summit as U.K. Prime Minister, a weary David Cameron aired the grievances that many say fueled the British electorate’s decision to abandon the E.U. — chiefly an anxiety over the free movement of labor within the bloc, a driving force behind immigration into the U.K.

Tuesday’s “last supper” of sorts — E.U. leaders dined on veal tenderloin and berries, the Guardian reported — marked the beginning of the end of Britain’s E.U. membership following last week’s national referendum. “Of course it’s a sad night for me, because I didn’t want to be in this position,” Cameron, who announced his decision to resign shortly after it was announced that 52% of voters had gone in favor of Brexit, reportedly said.

The outgoing Prime Minister stressed that the flow of people from Europe into the U.K. had prompted voters from the latter to leave the former. European leaders were sympathetic but pragmatic: according to the Guardian, German Chancellor Angela Merkel said that future relations with the U.K. would be negotiated “on a basis of friendship,” but has rejected the notion that the British government can have its cake and eat it too.

“We will ensure that negotiations won’t be conducted according to the principle of cherry-picking,” she told her country’s Parliament earlier in the day, according to the Wall Street Journal. “Those wanting to leave the family can’t expect all obligations to become obsolete while privileges would continue to exist.”

French President François Hollande echoed that sentiment at the summit, the Journal reported, saying that for the U.K. to maintain its close economic ties with the European market, it must “respect the four liberties: liberty of circulation of goods, of capital, of services and people.” 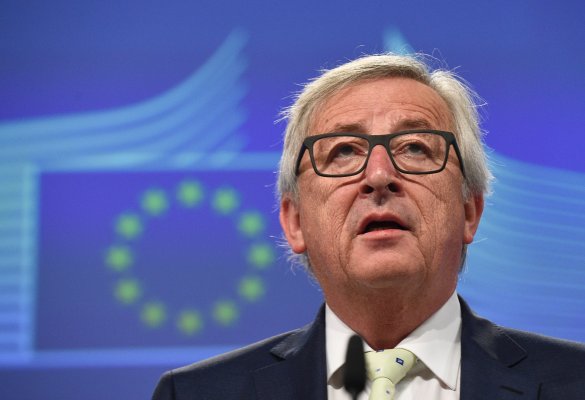 U.K. Told to 'Clarify' Brexit
Next Up: Editor's Pick