Vermont Senator and Democratic presidential candidate Bernie Sanders wrote in the New York Times that the socioeconomic struggles that mobilized British citizens to vote for their nation to exit the European Union—shocking their largely wealthier, pro-EU compatriots—live in America, too. He writes in what amounts to a warning to all Americans, but particularly politicians, who discount the importance and realities of those struggling today:

Sanders then details what Americans have seen in recent decades: the decline in available factory jobs, that median wages are less than they were not long ago (for women in particular), widespread poverty and healthcare under-coverage, mounting student debt, and shorter lifespans for the impoverished because of “despair, drugs and alcohol.” Meanwhile, Sanders writes, “Fifty-eight percent of all new income is going to the top 1 percent. Wall Street billionaires, through their ‘super PACs,’ are able to buy elections.”

On the day the Brexit news hit, Sanders told MSNBC he will vote for Hillary Clinton; in this column he says “a new Democratic president” can be a bridge-builder for the troubled country. 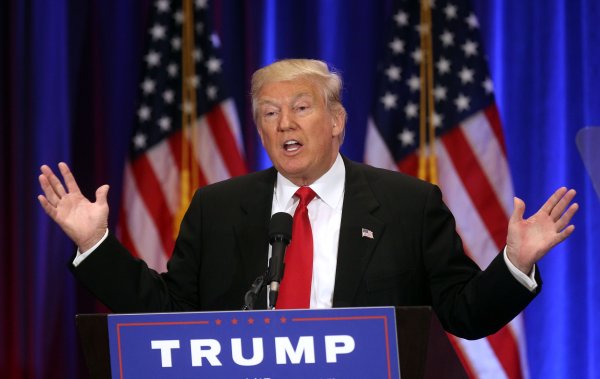 Why Donald Trump Is Smart to Swear
Next Up: Editor's Pick