The FBI is on the hunt for a Wisconsin woman accused of fatally shooting a pregnant mother and killing the victim’s unborn child.

Authorities say Shanika Minor, 24, has been missing since March, when she allegedly opened fire on her mother’s neighbor in Milwaukee over an argument about loud music. Minor, who is now on the FBI’s Ten Most Wanted Fugitives list, is accused of shooting the neighbor in the chest on March 6 after a fight about the noise escalated.

The 23-year-old victim, who was five days away from her due date, died in her home in front of her two children, authorities said. Her unborn baby also died.

“This was a senseless crime, and we believe Minor is capable of more violence,” FBI Special Agent Chad Piontek said in statement. “We need to capture her so that no one else is harmed.”

The FBI is offering a $100,000 reward for information leading to her capture.

The wanted woman, who is believed to still be armed, may have contact with friends and extended family members in Missouri, Mississippi, Texas, Tennessee, Ohio and Georgia, officials said.

“Our hope is that whoever is assisting her will find the potential reward more attractive than protecting a person wanted for first-degree murder,” Piontek said. 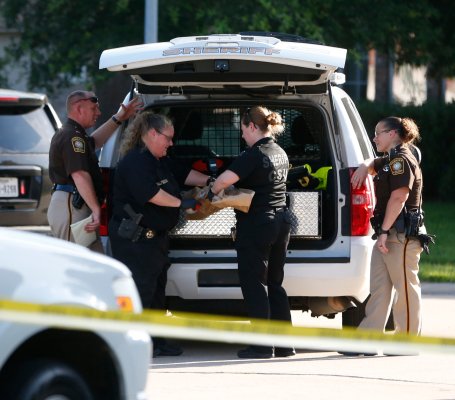 What to Know About Christy Sheats and the 2 Daughters She Shot Dead
Next Up: Editor's Pick