New details have emerged in the tragedy that has transfixed the nation after a Texas mother fatally shot her two daughters before being killed by a police officer.

Authorities on Monday said Christy Sheats, 42, convened a “family meeting” inside her Katy home Friday evening before opening fire on her two daughters, 22-year-old Taylor Sheats and 17-year-old Madison Sheats. Christy Sheats’ husband Jason Sheats was also present in the living room but was not injured.

All three managed to scramble out of the house through the front door, but the younger daughter collapsed and died, the Fort Bend County Sheriff’s Office said.

Christy Sheats shot her older daughter again as she ran into the street and then went back inside their home to reload her five-shot, .38 caliber handgun, according to authorities. The mother returned to shoot Taylor Sheats once more.

A police officer killed Christy Sheats with one shot about 5 p.m. after she refused to drop her weapon. Her husband had managed to safely run all the way to the end of the cul-de-sac on the street.

The shootings have shocked friends and family members. “We’ve had the preachers here and everything,” the young girls’ grandmother, Ann Sheats Wooten, told TIME on Tuesday before being overcome with emotion. “I just can’t handle it today, or ever I guess.”

Here’s what we know about the family:

Taylor Sheats was passionate about drawing and caring for children, according to one of her good friends and a former boss. The 22-year-old last May graduated with honors from Lone Star College in Cypress, Texas. Shortly after, she began working full-time as a teacher at Kids R Kids, a child day care center and pre-K school in Katy.

“She was a wonderful person, a wonderful teacher. She was always around children,” Kids R Kids Director Cindy Graves told TIME on Tuesday. “We’re all very sad here to hear of the loss. It happened so close to home.”

Taylor Sheats, who worked evenings as a nanny after her daytime shift at the center, spent about six months at the pre-K school, where she helped to teach 3-year-olds and 4-year-olds in two different classrooms, Graves said. She also decorated the entire facility with her own artwork. “She was an amazing artist,” Graves said.

The young woman wanted to become a professional artist and diligently worked toward that goal, according to her good friend Cris Mascorro, who grew up with her since middle school. “She had a plan and she knew exactly what she was doing,” said Mascorro, 20, who had enlisted Taylor Sheats to help his photo booth business.

Taylor Sheats often illustrated scrapbooks and photo albums for his clients and always checked in to see if they were happy with the final products, he said.

A large portion of her joy also came from her longtime boyfriend Juan Lugo. Lugo, who could not be immediately reached for comment, is the subject of many of his girlfriend’s Facebook posts. The two were approaching their five-year anniversary in December.

Madison Sheats also loved being around children. The teenager had been babysitting part-time for almost three years. “She was always smiling,” Mascorro said.

Mascorro said he texted Taylor Sheats as soon as he heard that two adult daughters were shot in Katy. “Without knowing who it was—I texted Taylor just to make sure she was OK. I didn’t get an answer,” he said. “I was freaking out. It wasn’t until later that night that I found out it was them. It just tore me apart. I just don’t understand.”

Christy Sheats lived for her children and constantly talked about them while showing off their photos, her friend Catherine Knowles told TIME on Monday. “This woman loved her children. That was her life purpose. That was her pride. That was her joy,” said Knowles, 53, of Huntsville, Ala. “Christy wasn’t crazy. I don’t know what could have made her snap. To do this, it’s insanity. The whole thing.”

Sheats showed no signs of emotional turmoil before the tragedy, she said.

The Fort Bend County Sheriff’s Office said officers had responded to 14 calls from the Sheats household since January 2012. Sheriff spokeswoman Caitilin Espinosa told People that one of the incidents was over a “mental crisis,” although additional details were not disclosed. Authorities said some of the calls were because of alarm issues. 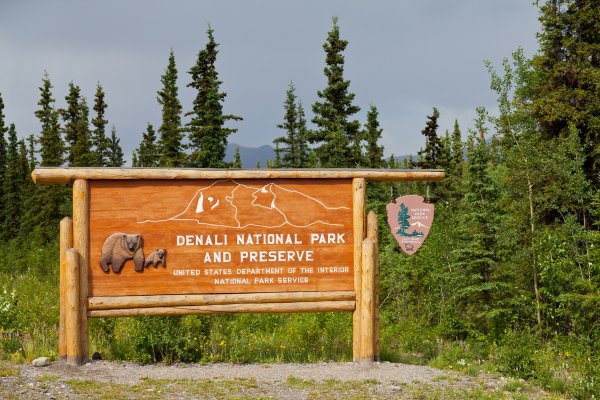 Hikers Rescued in Alaska After Trip to Into the Wild Bus
Next Up: Editor's Pick