Russian Prime Minister Dmitry Medvedev was in Crimea on Monday to hold a cabinet meeting in the Russian Federation’s newest territory, while a troop drawdown on the Ukrainian border offered a glimmer of hope that tensions may be easing.

Medvedev announced he would make the contested peninsula a special economic region, saying that its development was Russia’s urgent priority. “People in Crimea mustn’t lose anything after joining Russia, they must only make gains,” he said. Ukraine’s parliament called his visit a “crude violation” of international norms.

The Prime Minister’s visit to Crimea comes amid inconclusive signs the heightened troop levels along the Russian-Ukrainian border may be decreasing.

“The number has definitely dropped and it has calmed down,” a Ukrainian Defense official told journalists Monday. “We won’t rejoice and shout ‘Hurray’. It doesn’t matter how many of them there are, we just need to make sure our defenses are strong,” he said. The official wouldn’t confirm the exact numbers involved and said the decline could be nothing more than a scheduled rotation of conscripted soldiers, which, he said, make up a large segment of the Russian military. Germany’s foreign minister also noted a “slight reduction” in the number of troops at the border.

The reported troop movements come a day after talks in Paris between Russian Foreign Minister Sergei Lavrov and U.S. Secretary of State John Kerry produced little in the way of conclusive progress toward a resolution of tensions, the Guardian reports. Following the meeting Sunday, Moscow repeated its call for greater autonomy in Russian-speaking parts of Ukraine while roughly 40,000 Russian troops were amassed on the Russian-Ukrainian border.

Moscow’s demand for restructuring the Ukrainian state set the region even more on edge, in light of Russia’s recent takeover of Crimea under the banner of protecting the rights of Russian-speaking residents of the region. Kerry called for Russia to pull back its troops and for Ukrainian officials to be included in any future talks. 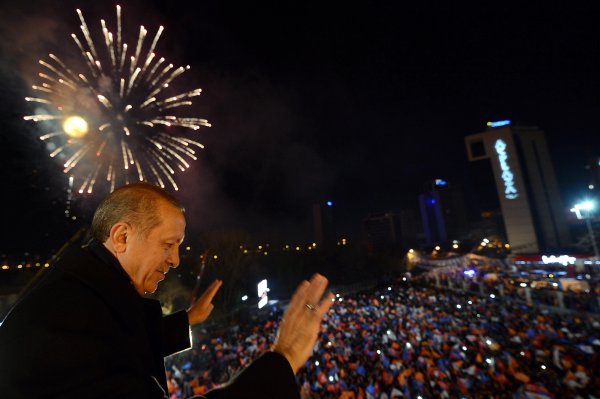