European Chief Tells the U.K. It Must Quickly 'Clarify' Its Position on Brexit

The president of the European Commission has warned the U.K. it must make clear where it stands regarding its membership of the European Union after the nation voted to leave the bloc on Thursday.

A referendum returned a vote of almost 52% in favor of leaving the union, sparking chaos on the markets and sharp losses for the sterling. Prime Minister David Cameron, who called the vote, immediately announced that he will step down in a matter of months, but said he will not initiate Britain’s departure, instead leaving it up to his successor, who will lead negotiations on Brexit.

Cameron traveled to Brussels on Tuesday to meet European leaders, but has been told that talks on the terms of the divorce, which could see Britain lose unfettered access to the world’s largest single market, cannot begin until Brexit is officially signaled under Article 50 of the E.U.’s constitution-like Lisbon Treaty. The fact that the exit clause has not been triggered means Britain could technically still reverse course.

The commission’s president, Jean-Claude Juncker, told the European Parliament on Tuesday that he was saddened by Britain’s decision to leave, the BBC reports. “We need to clarify the situation as quickly as possible,” Juncker said. “But I’m still sad because I’m not a robot, a grey bureaucrat or technocrat.”

The campaign to leave the E.U. argued that outside of the bloc, Britain would take back a sense of sovereignty, control over its borders and money it currently gives to Brussels in return for membership.

But continued access to the markets of the other 27 E.U. nations would likely mean submitting to many of the same rules. German Chancellor Angela Merkel said Tuesday that Britain “cannot expect to have no more obligations but keep privileges,” the Associated Press reports. 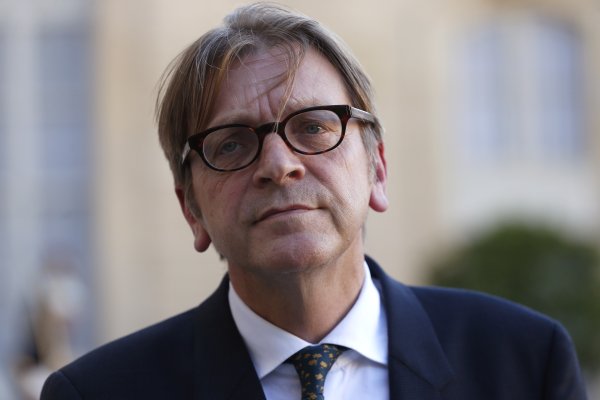 Former PM of Belgium: Brexit Can Save Europe From Itself
Next Up: Editor's Pick