Millennials Backed Bernie Sanders. Here's How Hillary Clinton Plans to Win Them Over

Hillary Clinton is making a direct pitch to millennial voters who overwhelming backed her vanquished rival Bernie Sanders and have been slow to join the fold of the presumptive Democratic presidential nominee.

Clinton on Tuesday plans to unveil a technology agenda in Denver—including student loan deals for young entrepreneurs and their first hires—before heading to California to launch a national effort to woo young voters, advisers said. As a whole, the day was designed to earn Clinton buzz on social media and perhaps the ear of former Sanders fans.

If Clinton is to win the White House, she will need the support of young voters who were such a vital part of both of Barack Obama’s campaigns. Many of them, however, were energized by Sanders’ rhetoric—a dynamic that might have forever poisoned these young people against Clinton. A spring poll from Harvard’s Institute of Politics found Sanders was the only candidate with a net-positive approval among 18-to-29-year-olds.

Clinton’s aides were confident those voters would return to their long-standing home in the Democratic Party, especially when confronted with presumptive Republican nominee Donald Trump’s rhetoric on women, immigrants and Muslims. They also have been arguing that young people will view Clinton’s substantive policy ideas favorably compared to Trump’s vague promises to make America great again.

The marquee program in Clinton’s policy package described by campaign aides is a proposal that would allow younger voters a chance to push pause on their federal student loans for up to three years while they try their hands at tech start-ups. If those start-ups were based in economically distressed neighborhoods or served a social good, the innovators could see up to $17,500 of their loans forgiven after five years. Clinton is also offering incentives for what she calls “early joiners”—the first hires at start-up operations. The campaign suggested as many as 20 first hires could benefit from this program. And Clinton’s tech policy would offer free WiFi at high-traffic areas like airports and train stations, and aim to connect every household in America to high-speed Internet by 2020.

Aides were not offering specifics early Tuesday, but promised details were coming in a 15-page fact sheet. Clinton was certain to face questions about her proposals when she meets later Tuesday with 100 “online content creators and digital influencers” in Los Angeles. Republicans were likely to focus on the costs of these programs. Like so much of Clinton’s campaign, her proposals were the result of months of work by dozens of outside advisers and allies.

Clinton is hoping to convince millennials that she is worried about their issues, such as tech innovation and the challenge of student loans. Clinton’s campaign said she was sending her aides and allies across the country to hear from younger voters about their concerns and give them a platform to share their ideas. She is sending a former Sanders aide, Kanoor Ojha, as an envoy to college campuses as the campaign’s national campus organizing director. Clinton’s advisers are hoping that emissary will help her break through an army of digital natives who have been relentless in amplifying anti-Clinton messages online. 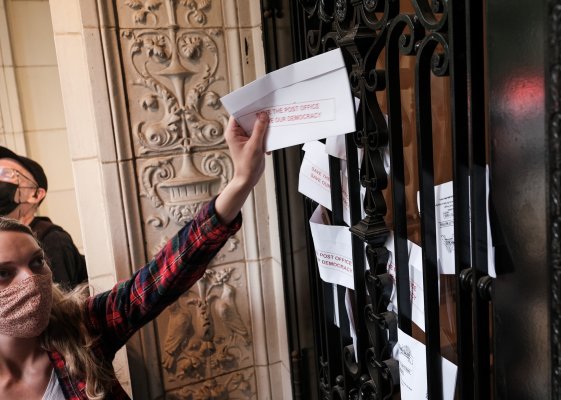