This Is How Dolly the Sheep Was Cloned

Dolly the Sheep, the world's first cloned mammal, is shown in this undated photo.
Getty Images
By Lily Rothman

When Dolly the sheep was born, 20 years ago this Tuesday, few took note of the remarkable lamb. To know what was special about her, you’d have to look at her DNA: she had been cloned from a cell from an adult sheep by Scottish researchers who had worked on the project for a decade.

Dolly wasn’t the first animal to be cloned—research on cloning had been going on since the mid-20th century—but she was the first example of successful cloning of a mammal from an adult cell, rather than a more malleable embryo. Getting there wasn’t easy, nor was it easy for laypeople to understand how the Scottish team succeeded. But, early the year after her birthday, when a headline-grabbing paper in the journal Nature let the world know (and confirmed to insiders) what had happened, TIME published a special report on cloning and took a crack at an explanation.

Here’s how the magazine explained the way it worked:

Dolly the sheep was euthanized in 2003, after developing lung disease—and raising questions about whether being cloned from a 6-year-old ewe made her age more quickly. (Most sheep live about twice as long as she did.)

Meanwhile, the fears about human cloning that were raised by her birthday did not end up panning out, at least not so far, and perhaps for a simple reason: In a TIME poll, only 7% of readers said they would be interested in cloning themselves if they had the chance.

Read the full report, here in the TIME Vault: Will There Ever Be Another You? 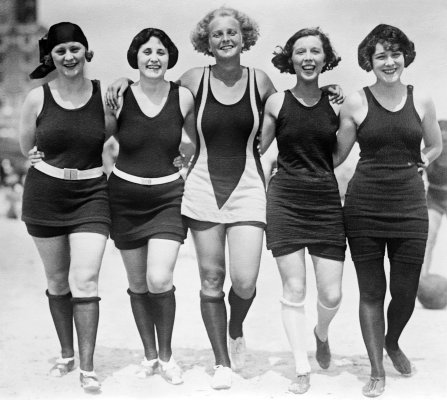 See How Swimsuits Evolved From Victorian Times to the Bikini Age
Next Up: Editor's Pick