Caitlyn Jenner on How Olympic Stardom May Have Stalled Her Transition

Caitlyn Jenner has mixed feelings about her time as an Olympic athlete.

In a new Sports Illustrated documentary and cover story to mark the 40th anniversary of her 1976 decathlon gold medal, Jenner wonders about the impact sports–and the Olympics—had on her eventual transition.

“I have thought about, ‘What if you didn’t win the games?'” Jenner says. “What would my life be like? Would I have been able to at maybe a younger age deal with transitioning, be authentic to myself, all those types of things? Because after the Games, I had a lot of distractions—I call them distractions—distractions from myself about who I am.”

In the 20-minute documentary video, Jenner recalls her fame after the Olympic win: Then-Bruce Jenner was an iconic spokesperson for several products, including Wheaties, had acting opportunities, and became a celebrity (especially after marrying into the Kardashian family). Fame distracted her, she says, from finding her true self.

But she also acknowledges that her sports star status gave her the platform to be a transgender activist after coming out, most notably on her own reality TV series, I Am Cait. When she began to transition, she changed her name and erased much of her past, including her athletic career. Now, she’s begun to embrace that part of her life: “It made me who I am.”

Read the cover story and watch the SI Films exclusive documentary at SI.com/Jenner 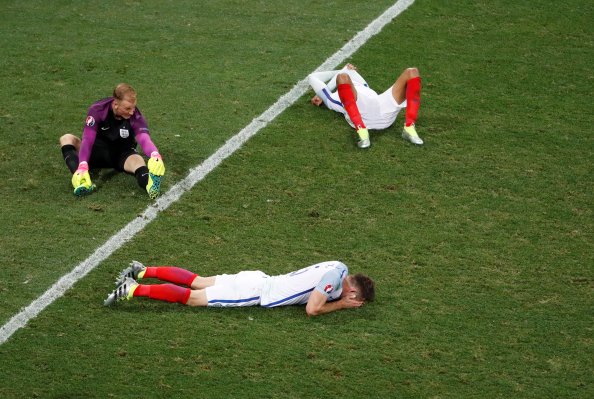 Euro 2016: Twitterverse Pours Scorn on #Brexit2
Next Up: Editor's Pick