President Barack Obama pauses while speaking during an event to celebrate the 2015 WNBA Champions, Minnesota Lynx, in the East Room of the White House in Washington on June 27, 2016.
Brendan Smialowski—AFP/Getty Images
By Maya Rhodan

President Obama and leaders from Mexico and Canada will pledge that North America will get half of its power from clean energy sources by 2025.

White House officials announced the pledge ahead of the North American Leader Summit in Ottawa, also known as the “Three Amigos summit,” which President Obama will travel to on Wednesday.

Under the pledge, all three countries will agree to obtain energy from sources including renewable energy sources, nuclear power, power plants that utilize carbon capture and storage, and energy efficiency. According to the White House, 37% of North America’s energy was “clean” in 2015—with Canada producing the most clean energy, followed by the U.S. and Mexico. In the U.S., about a third of the energy generated in 2015 was from nuclear and renewable sources, according to the U.S. Energy Information Administration.

The clean energy pledge was first reported by CBC News on Monday.

Senior Advisor to the President Brian Deese said Monday the U.S. will work to increase its share of clean energy generation via the Clean Power Plan and policies like the expansion of tax credits for the production of wind and solar energy. In a press call Wednesday, White House officials acknowledged that the announcement has come on the tail end of Obama’s last term in office, but projected confidence that climate-friendly policies would continue under the president’s successor.

“The transformation of the Amercian energy sector that is underway is going to continue,” Deese said.

Climate-conscious policies, however, have a better shot under likely Democrat nominee Hillary Clinton than Republican Donald Trump, who has called global warming a hoax.

The White House said the pledge will be a part of a more comprehensive pledge the three countries would be signing at the summit. Trade, Brexit, and drug policies will also be on the agenda. 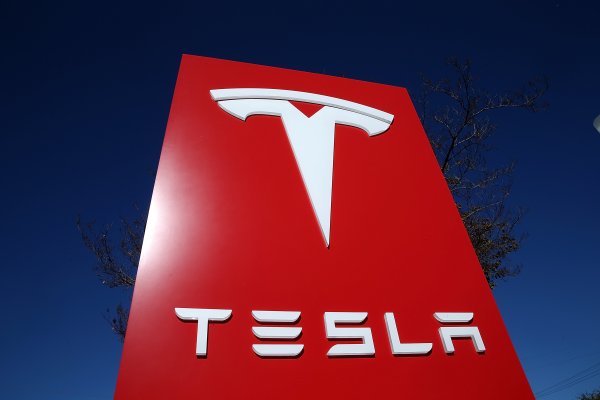 Elon Musk Wants to Merge Tesla With Solar Company
Next Up: Editor's Pick