Apple Could Be Making Big Changes to the iPhone

Customer looks at the new iPhones on display at the launch of the new Apple iPhone 6 and iphone 6 plus at the Apple IFC store on September 19, 2014 in Hong Kong, China.
Lam Yik Fei—Getty Images
By Don Reisinger / Fortune

Another week, another round of iPhone leaks.

This time, NoWhereElse, a French website that tracks the technology industry, claims to have obtained an image showing the rumored iPhone 7’s body featuring subtle differences with its predecessor, the 6s. The images, which were published to the site and earlier reported on by CNET, show not one but two speaker grills at the bottom of the device for stereo sound, as well as a larger camera on the back. There also appears to be no headphone jack to connect headphones to the smartphone.

In addition to that report, Japan-based Apple-tracking blog Macotakara, along with sources talking to another Apple-tracking site 9to5Mac, say that Apple plans new colors for the iPhone 7. One of them, space black, is notably darker than the space gray the company already offers in the iPhone 6s, and would match the Apple Watch, which also comes in that color. The color would likely be an option alongside the space gray, gold, rose gold, and silver iPhone 6s models that Apple already sells.

Of course, like anything Apple-related, it’s impossible to know for sure what the company has planned and if the purported images are genuine or just a mockup made by tricksters.

However, the images posted by NoWhereElse follow earlier leaked images that purported to show the iPhone 7 case. Like those images, the latest photos show a modification to where the antenna lines that provide cellular connectivity sit on the back of the device, as well as a larger hole for a camera. They also look strikingly similar to the iPhone 6 and iPhone 6s, lending further credence to rumors that Apple is looking to make only slight design modifications to the iPhone this year.

Indeed, the next iPhone, which is believed to be coming this fall, has been the subject of ongoing debate for the last several months. It has centered on the headphone jack and whether Apple will eliminate the feature. Some reports have said Apple is opting for a design with a headphone jack, while others say it would ditch the feature. The NoWhereElse images seem to suggest the latter, since Apple’s headphone port currently sits on the bottom of the case next to the Lightning port.

Debate has also raged over how big of a change Apple will make this year to its iPhone, and whether the device will look nearly identical to the iPhone 6s or come with a major overhaul. An increasing number of rumors now suggest Apple will wait until 2017 for its major design overhaul and deliver an all-glass case and new screen technology.

Based on what we know now, therefore, it seems increasingly likely that Apple will offer only minor upgrades this year. And if the latest leaks are any indication, it’ll have stereo speakers, no headphone jack, a bigger camera, and a new color.

Beyond that, look for the big upgrade next year. 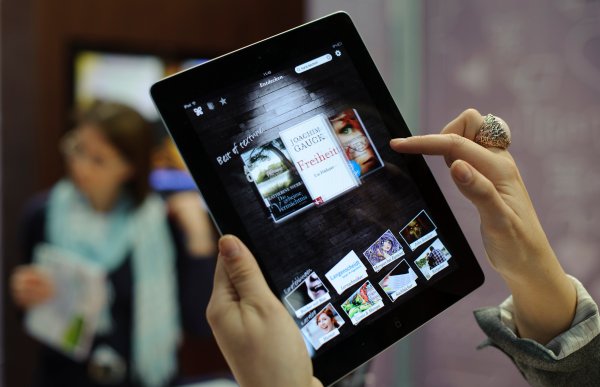 Ebook Purchasers to Receive $400M from Apple in Price-Fixing Settlement
Next Up: Editor's Pick