Kanye West just dropped his music video for “Famous,” from his album The Life of Pablo, and it features the likenesses of 12 famous people sleeping nude together—including what appear to be lookalikes of Donald Trump and Taylor swift.

At the end of the video, West offers “special thanks” to Bill Cosby, Caitlyn Jenner, Amber Rose, Ray J, Kim Kardashian West, Taylor Swift, Chris Brown, Rihanna, Donald Trump, Anna Wintour, and George Bush “for being famous.” However, it’s unclear which of these people actually participated in the video.

A representative for former President Bush confirmed that Bush did not participate in the “Famous,” Entertainment Weekly reports.

West has previously feuded with some of the celebrities featured in the video, including Bush, Taylor Swift and Amber Rose. He also features Swift in the song: “I feel like me and Taylor might still have sex / Why? I made that b—- famous.” The song drew controversy after it debuted, with Kanye and Swift clashing over whether Swift had approved the lyrics. 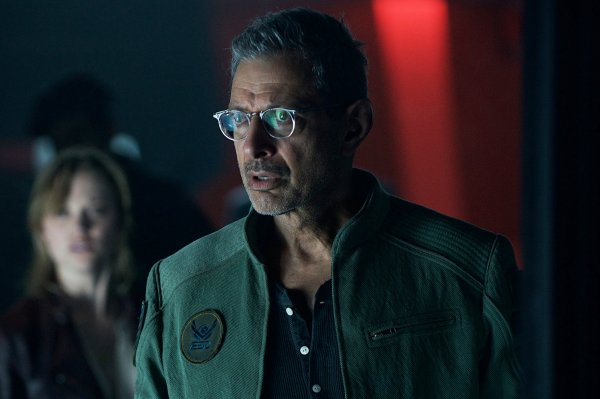 Independence Day: Resurgence Is More of the Same—Yet Less
Next Up: Editor's Pick