Some six decades ago, we left our homes in Detroit and New York City to serve in the Korean War. We were both young men in our early 20s, afraid but resolute. We would both be decorated for our service, and Charlie would be severely wounded in the Battle of Kunu-ri. We would both fight to defend democracy on the Korean Peninsula.

In Korea, we fought as part of the first truly integrated armed forces our nation had ever known. The near defeat of U.S.-led forces in the early days of the conflict led to rapid integration after three years of delaying implementation of President Harry Truman’s 1948 order to desegregate our Army and Navy. This led to a certain level of meritocracy: Charlie would rise to Staff Sergeant, and John would serve as an officer.

However, when we returned home we were quickly reminded that we were not just veterans—we were black veterans. Commendation medals did not mean we could sit in the front of the bus in Alabama, and a Purple Heart did not protect black veterans from racist landlords, employers, businesses or police. Our service didn’t trump our race.

Today, Donald Trump is fomenting a movement to bring back that shameful period in time by alienating groups who have fought and died for our freedoms. In the “Great America” that Donald Trump talks about, people of Mexican descent are not soldiers, sailors, airmen and Marines—or judges—they are drug dealers, rapists and thieves. To Trump, Muslim immigrants are not allies who had to flee persecution because their assistance to U.S. forces endangered their lives—every single one is a potential terrorist who should be subject to special police laws. Both groups of citizens—Hispanics and Muslims—are clearly unfit to serve as judges in Trump’s America. Like the segregationists of our youth, no amount of national service seems to overcome Trump’s belief that a person’s race and religion make him or her less American.

As we have said, Trump’s hair-brained bigotry is nothing original. Indeed, his sort of prejudiced campaign does not even predate our service to our country. In 1948, the year we both put on U.S. Army uniforms, Strom Thurmond won 39 electoral votes as the nominee of the Dixiecrats. But Trump’s dangerous provocations—the forced expulsion of 11 million people and the creation of secret police and special religious ghettos for Muslims—represent crimes that we simply did not travel half a world a way to defend.

That Trump has never served in uniform—his boarding school experience excepted—is painfully obvious when he speaks. And we are not just referring to his shameful comments about Senator John McCain and prisoners of war. He has clearly never had to put his life at risk for our nation. If he had, he would know the same thing we learned from bullets and bombs as young men—on the battlefield, one’s skin color or the name of his God is the last thing that matters.

A Commander-in-Chief is responsible for the lives of all our fighting men and women: 158,000 of those soldiers, sailors, Marines and airmen identify as Hispanic or Latino, and more than 5,000 of them are Muslim. Trump simply cannot fulfill the constitutional duties of the presidential office by questioning the patriotism, integrity and devotion of one out of eight U.S. service men and women. Nor should a man who wants to build a wall between the United States and Mexico, our military ally—a nation with whom we last fought an armed conflict in 1919—receive command of a military that has been through enough unnecessary dust and bloodshed.

Unfortunately, Congressional Republicans are starting to take their cues from their nominee, with all but 20 of them voting last week to end enlistment programs that grants citizenship status to undocumented immigrants who came here as children, who already have legal residency in the United States, and who simply want to serve in our Armed Forces. This trend is disturbing. It is one thing for a fringe political candidate who won a plurality of G.O.P. voters to suggest such dangerous polices; it is another for Congressional Republicans to pick up and carry that flag in the House.

As veterans who have fought for our country abroad and then at home, we simply cannot stay silent while un-American attacks on other minority groups are given voice.

Sixty-six years to the day after our military went to fight a war as an integrated force for the first time, we hope the American people will stand up for those who are fighting on our behalf. 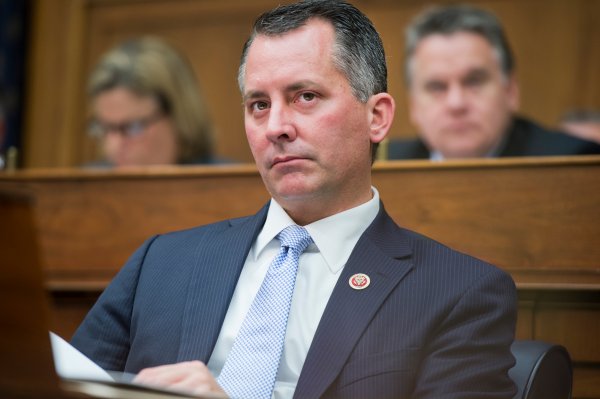 I'm 'Sick and Tired' of Inaction on Guns
Next Up: Editor's Pick