People walk near the World Trade Center during a heat wave in New York July 19, 2013.
Eduardo Munoz—Reuters
By Justin Worland

Heat related deaths could kill as many as 3,300 New Yorkers annually by 2080, according to new research.

Researchers behind the study, published in the journal Environmental Health Perspectives, evaluated how a combination of rising temperatures due to climate change and changing population patterns would contribute to a spike in heat-related deaths. The projection represents a sharp spike from the average of around 640 annual heat-related deaths between 2000 and 2006.

Reducing greenhouse gas emissions could reduce the chances of such high levels of mortality, researchers said. Governments from around the world have already committed to working to keep temperature rise to 2°C (3.6°F) by 2100, but it remains to be seen if that can be accomplished.

“Climate change is creating more days of extreme heat, putting more people at risk for death in the coming decades,” study author Elisaveta Petkova, a researcher at Columbia University’s Earth Institute, said in a statement. “Many of these deaths can be averted by limiting greenhouse gas emissions and pursuing measures to help people adapt to high temperatures.” 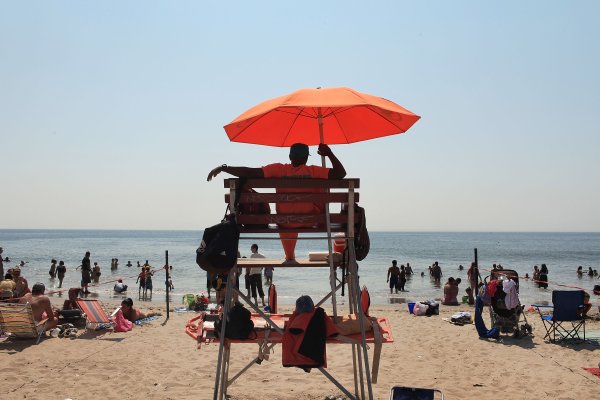 Future Summers Could Leave Heat Records in the Dust
Next Up: Editor's Pick