How Referendums Like the Brexit Vote Became a Thing

To find the origins of the referendum—the practice of putting questions (rather than candidates) to popular vote, which made news this week when Britain voted to leave the European Union—you have to go way back.

“There was a Roman historian called Tacitus who wrote that on the small matters the governors decide, on important matters the people do,” says Matt Qvortrup, a professor of applied political science and international relations at Coventry University, and the editor of Referendums Around the World, a study of more the 200 years of referendums. “If you want to say like Monty Python, ‘What have the Romans ever done for us?‘—they actually came up with the referendum, which means to refer a thing.”

But, says Qvotrup, that’s “the nice way of looking at it.” If you “fast-forward 2,000 years” the story of the referendum starts to look a little less noble than all that.

It’s not because of the reason’s often trotted out by opponents of the practice: that, in 1934, Hitler held a referendum on whether he could consolidate the power of the President and the Chancellor—a job he already held—into the new role of Fuhrer, and won overwhelming approval. (And Hitler’s not alone. From Mussolini to Saddam Hussein, authoritarian rulers have sometimes used referendums to justify their grip on power by showing that “the people” support them.) Qvortrup says that’s not really a useful point to make about the history of the idea: A referendum within a dictatorship is necessarily rigged, and thus only further proof that the dictatorship is just that.

“Napoleon III had a referendum with one answer [on the ballot] when he came to power: Oui,” he explains. “Counting the results was not particularly difficult.”

The more important point, he says, is that referendums don’t necessarily come when issue is too grand to be settled without the peoples’ say. Rather, referendums have tended to come up for less high-minded reasons: They’re a good way for a politician to wash his hands of a controversial issue, they’re a useful promise to make before an election, and the threat of them can be used as an international-relations bargaining chip.

Brits were generally opposed to referendums until the 1970s, as Vernon Bogdanor of the Institute for Contemporary British History has explained, perhaps due to Parliament’s power predating the ability for the people to vote. Though some thinkers had put the idea forward earlier, it wasn’t used until 1975, when Britain considered whether to stay in the European Economic Community, a precursor to the E.U. (The answer: yes.)

That first hint of the power of referendum was a harbinger of a much larger change in political life around the world.

Shortly after that, around 1980, there was a major boom in the use of referendums, and that’s the year to which Qvotrup traces the birth of the modern referendum.

As Qvotrup sees it, it used to be the case that politics were generally “a package deal.” If you identified with a political party, you usually agreed with the bulk of its platform, if not every detail. These days—as is fitting for a world he describes as a “bespoke consumer society,” in which we buy iTunes singles rather than full albums—people are more likely to feel the same way about politics. He cites a Swedish study showing that people agree with their parties’ platforms significantly less than they used to. Starting in the 1980s, in Europe and elsewhere, parties sometimes responded to that change by offering referendums. In other words, a politician could ask for the votes of those who didn’t like all of his or her party’s politics, but promise a referendum on popular issues that might otherwise sway voters.

It’s perhaps no coincidence, he adds, that the democratization of information that has taken place in the years since 1980, as the Internet has spread, also coincides with the spread of the referendum as a practice.

As for Qvotrup’s own reaction to the Brexit result? 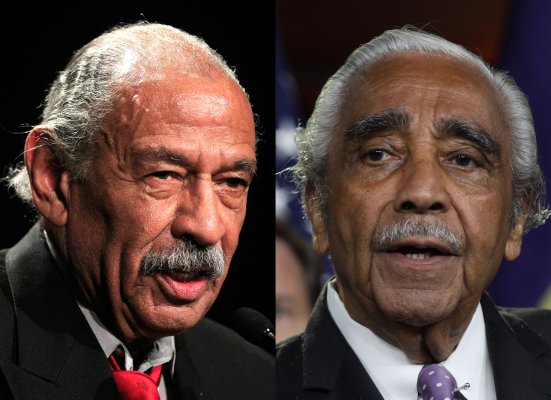 Donald Trump's Bigotry Reminds Us of Strom Thurmond
Next Up: Editor's Pick