This Is How Brexit Could Be Good For the World

There is no lack of apocalyptic handwringing about the UK’s vote last night to leave the European Union—the so-called Brexit. But a more optimistic scenario is also possible.

Admittedly, no one really knows what the impact of a divorce from Europe will mean for the British economy or for the country’s role in the world. It is impossible to say whether other countries like Greece will now want to exit the EU, possibly leading to the disintegration of the Eurozone bloc itself.

Globally, there are scary unknowns, too. Financial markets are already throwing a tantrum, and who knows where that will end? The UK has been a strong voice of democracy, free markets and the rule of law within the EU, and it is not possible to calculate what its absence on the continent portends.

Just as important, Britain’s leaving could fan the fires of nationalism, xenophobia, and revolt against elites—all of which are burning in countries such as France, the Netherlands, Germany, Hungary, and Poland, for starters. Given that British voters turned revolted against immigration, in particular, Donald Trump and his supporters could look as if they may be part of an historical tide. “There is a great similarity between what happens [in the UK] and my campaign, “ Trump said today. “People want to take their country back.”

We should take a longer perspective. Of course, the immediate fallout will need to be dealt with. But governments should also look ahead, and think about the next decade and how to deal with the fundamental issues that the British vote revealed. There are no quick fixes, but there are fixes.

We should acknowledge the need to deal with globalization’s shortcomings. Since the early 1990s, globalization—the intertwining of trade, investment, travel, communication, and transportation that has together made the world smaller and more interconnected—has been expanding at warp speed. It has been much too fast for governments and societies to digest and manage.

Not long ago, for example, the international financial system almost melted down, and in its wake came a long, deep global recession. Governments were simply unprepared for that kind of crisis. We are now seeing the largest refugee flows since World War II, the humanitarian system designed to deal with such tragedies has all but collapsed, and governments are paralyzed. Another example: China and other emerging markets have grown much faster than anyone could have predicted and now constitute almost 50% of the world economy’s production, creating all manner of dislocations in advanced industrial nations that governments could not control.

As a result of challenges like these, the EU, the most advanced experiment in lowering barriers and enhancing cooperation across borders in world history, has been straining to the breaking point for a number of years now. The US seems to be turning inward out of frustration with trade and immigration; our dysfunctional politics also seems incapable of addressing these issues.

The UK’s exit could be signaling to the world that there must be some fundamental political adjustments. It could be a history-making wake-up call. Ultimately, most of the challenges that our societies face are global in nature, and require global cooperation to solve. But just maybe national governments will now redouble their efforts to get a stronger handle on their affairs in order to build a stronger and more confident base from which to engage in meaningful global efforts. Maybe they will think much harder about effectively addressing the downsides of globalization, including income inequality, stagnant wages, too many people out of work, and fears about immigration and refugees. There is no denying that nationalism is today’s trend, but hopefully it could be a highly constructive nationalism. The British exit could focus politicians’ minds on the dire state of governance today. In the EU, this could mean deep European-wide political reforms to strengthen the foundations of the Euro. In the U.S., we could start with better policies to help men and women impacted by imports and technological change that eliminate their jobs or lower their wages.

We should recognize that globalization is, on balance, a good thing, and won’t stop no matter how ineffective or retrograde government policies become. In the last several decades, globalization has ushered in a lot of prosperity, including lifting some 500 million people around the world out of abject poverty. It has provided upward mobility for billions of people, and given consumers the world over more choices and lower prices which come for hyper-competition. It has, so far, provided an alternative to major wars of the kind we saw in the twentieth century.

We should take some comfort that whatever governments do or fail to do, globalization is not going to stop. As a result of the linkages among societies today, it is inconceivable that we will go back to the 19th or early twentieth centuries when a strident nationalism was the order of the day. Globalization has been proceeding inexorably since ancient times when silk, ceramics, textiles and precious stones were traded between the Roman and Chinese empires, and it has survived wars, depressions, and natural disasters. Moreover, it is driven not just by government action but by revolutions in communication, such as Google or Facebook; advances in transportation, such as containerized shipping or FedEx type overnight delivery; and by expansion of finance, such as ever larger global bond markets. All of these factors will continue to grow.

Bottom line: the optimistic view of Brexit is that governments could sit up and take note of the need to get a grip on problems they have not been dealing with effectively, and that this could be a prelude to a deeper and more realistic kind of global political and economic order. Now it’s time to look ahead, minimize the negative fall out, and tackle the real problems that the British vote revealed.

Garten is dean emeritus at the Yale School of Management and author of From Silk to Silicon: The Story of Globalization Through Ten Extraordinary Lives. 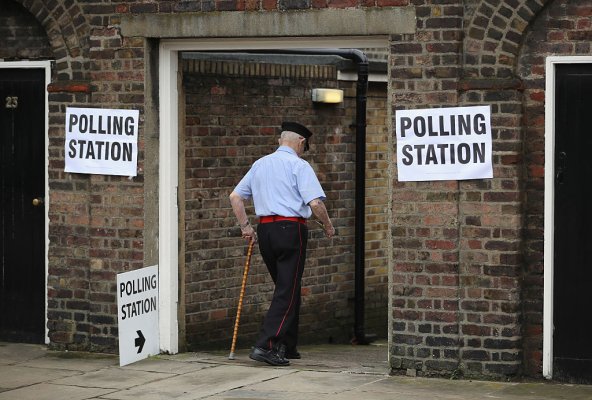 The U.K.'s Old Decided for the Young in the Brexit Vote
Next Up: Editor's Pick