Here's One Big Winner in the Brexit Chaos

Global currencies might be plunging in the wake of the historic Brexit vote, but it’s had a much different effect on Bitcoin.

Bitcoin, the cryptocurrency that had been plunging in recent days, is soaring on Friday after the Brexit vote. As of this writing, Bitcoin is trading at $667.41 per unit, up significantly from a Thursday low of $582.92. At its height, Bitcoin was trading at more than $683, according to Coinbase, a company that follows the cryptocurrency’s exchange rate.

Bitcoin’s gains on Friday stand in stark contrast to many major currencies after U.K. voters made the historic decision to leave the European Union in a referendum on Thursday. The move, called Brexit, has pushed the British pound’s exchange rate down 2.3% against the U.S. dollar on Friday and the euro by 0.8%. Other prominent currencies, including the yen and yuan are also down. At one point on Friday, the pound’s value was down about 10% against the U.S. dollar and more than 6% against the euro, according to Quartz.

Soon after the Brexit results came in on Friday morning, investors started to invest heavily in the U.S. dollar, which they apparently believe won’t be impacted nearly as much as the euro or pound in the wake of Brexit. But investors have also seemingly found some value in Bitcoin, which lives outside the confines of a single country’s politics—a feature that has made it popular in the past, even if it can still be impacted by world events.

However, Bitcoin has been on a bit of a roller coaster of late, and some had blamed Brexit for that. Earlier this week, Bitcoin—which reached a two-year high on June 18 of $774 per unit and was up up more than $300 in the last year—was down to a low of $551 on Wednesday. Speculation abounded over why Bitcoin was cratering, but CoinDesk sources said that it was likely due to concerns that the U.K. would remain in the European Union. Others blamed it on the ongoing saga of who created the currency and the rise of ethereum, a follow-up to Bitcoin that some say, is a more versatile crypto-currency.

After the Brexit vote, however, it appears there was indeed some concern among investors that the U.K. might stay with the European Union. And now that they know it isn’t, they’re moving to Bitcoin to find what they hope is safe haven as Europe gets ready for a new round of uncertainty. 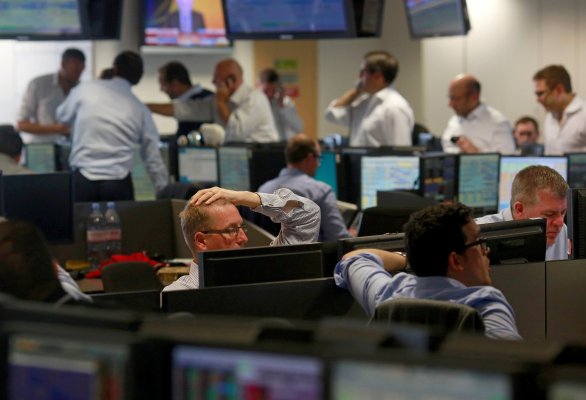 The Brexit Vote Means It's Crunch Time for the Global Economy
Next Up: Editor's Pick