A curious photo of Mark Zuckerberg has been making the rounds this week. It in, the Facebook CEO is seen with his laptop, which appears to have its camera and microphone covered in tape. Look closely at the photo, first circulated by Twitter user Chris Olson:

Some have suggested the photo is evidence that Zuckerberg suffers from an outsized sense of paranoia. But that’s far from the case.

Laptop and smartphone cameras and microphones are a prime target for hackers, particularly when they belong to as high-profile a target as the chief executive of one of the most powerful companies in Silicon Valley. Hackers have been known to tap into a target’s camera to secretly record a victim during compromising moments, then later demand a blackmail payment while threatening to post the footage publicly. There’s even an entire website, which I won’t link to here, that lets users browse feeds from unsecured webcams around the world.

And Zuckerberg himself is no stranger to hacking incidents. Just a few weeks ago, hackers were able to access some of his social media accounts — though not his Facebook account, which I’m betting is extraordinarily well-protected.

Should you follow Zuckerberg’s lead and tape up your laptop’s camera? That’s your decision. Almost every cybersecurity expert I’ve ever interviewed had done so, which is a pretty good sign that it’s not as nuts as it might sound. Even the head of the FBI says he’s a taper. At the same time, few of us are as prime hacking targets as Zuckerberg. My advice: It certainly couldn’t hurt. 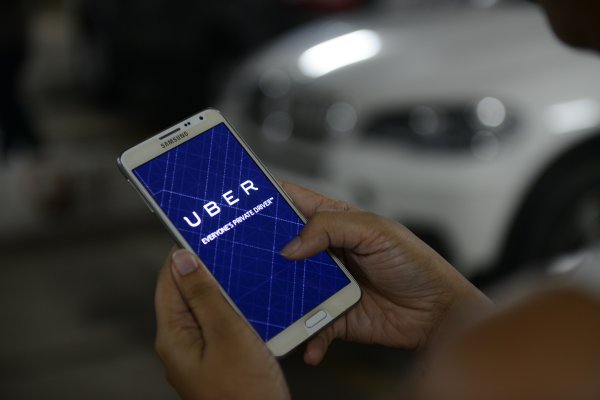 A Big Change Is Coming to Uber
Next Up: Editor's Pick