Scotland’s First Minister Nicola Sturgeon said the Scottish government would prepare for a second independence referendum, and she will take “all possible steps” to remain a part of the E.U. after the U.K. voted for ‘Brexit’ in its historic referendum.

Speaking at a press conference in Edinburgh, Sturgeon said the U.K. taking Scotland out of the E.U. against the will of the Scots and is “democratically unacceptable.”

“My priority will be to act in the best interest of Scotland. I’m proud of Scotland and how we voted yesterday. We said clearly we don’t want to leave the European Union” says the leader of the Scottish Nationalist Party.

Scotland voted overwhelmingly in favor of the U.K. remaining in the E.U. by 62% to 38%, where all its 32 voting areas backed Remain. A vote in favor to Remain in Scotland was “significant,” she says, showing a divergence between Scotland and other parts of Britain.

Sturgeon said he had spoken to London mayor Sadiq Khan who shared her desire the ensure that that London, like Scotland, should remain a part of the European single market. 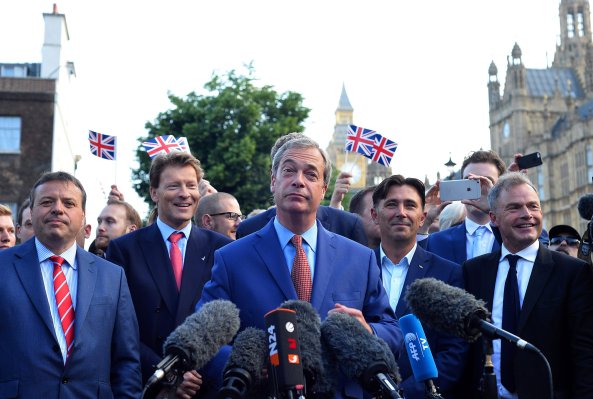