Celebrities Express Their Shock At U.K. Decision to Leave E.U.

By Tara John and Amanda Calvo

Celebrities around the world have responded to the U.K.’s historic decision to leave the E.U., where the Friday morning confirmation that the Leave campaign had won with 52% to 48% for Remain sent shock waves around the world.

Many couldn’t help themselves and poked fun at the sterling’s dramatic plunge — among them former Swedish Prime Minister, Carl Bildt.

Musician Cher said ‘Brexit’ is the best decision for the British public, followed by a retraction: “How Could I Have Been So Blind.”

Edward Snowden remarked on what the vote means for the rest of the world.

Piers Morgan says the decision to leave shows why Donald Trump has a good chance of winning the presidency.

Performer Lily Allen did not mince her words but was more restrained here.

Richard Branson called it a “sad day” for Britain but its people would get through it.

British comedian and Remain supporter, James Cordon, was among the many expressing sheer disappointment.

Ryan Seacrest called it a day for the history books 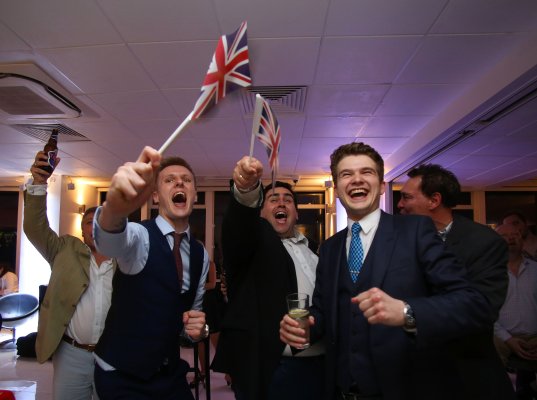 Here's Why the U.K. Held the 'Brexit' Referendum
Next Up: Editor's Pick