How Brexit Could Split Up the U.K.

While the U.K. has officially voted to leave the European Union in its long-anticipated “Brexit” referendum, Remain-majority countries Scotland and Northern Ireland are already making noises about their own departure from the U.K.

In Scotland, 62% of the U.K.’s northernmost country on the British mainland voted to remain in the E.U. — strikingly higher than Britain’s overall 48% Remain vote.

Scotland held its own referendum for independence from the U.K. on Sept. 18, 2014. It voted against independence but Scots will not appreciate being forced out of the E.U. by English voters against their wishes. Alex Salmond, the former leader of the Scottish Nationalist Party has said that a Brexit vote could lead to a second independence referendum that would allow Scotland to remain in the E.U.

Before the Scottish election on May 5, 2016, the Scottish National Party stated in their manifesto that they believe the Scottish parliament held the right to hold another independence referendum “if there is a significant and material change in the circumstances that prevailed in 2014, such as Scotland being taken out of the EU against our will.”

Northern Ireland, which voted 56% in favor of remaining in the U.K., also faces a dilemma. It borders the Republic of Ireland, which will remain in the E.U., and Brexit will ignite demands among the Catholic population of the North for a united Ireland.

Northern Ireland’s Deputy First Minister Martin McGuinness has already called for a poll to vote on a united Ireland, the Independent reports, as politicians have speculated that Brexit will raise issues over the borders and financial aid it receives from the E.U. 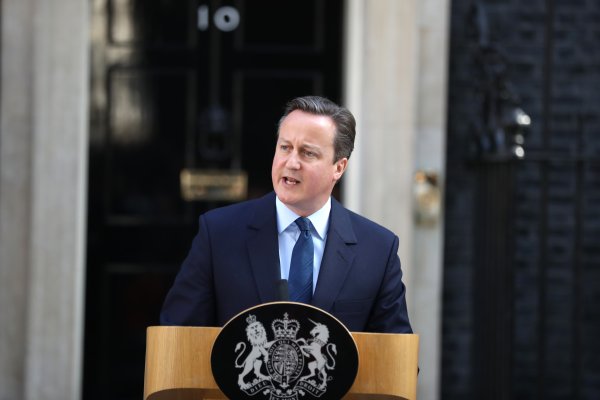