4,500 Migrants Rescued on the Mediterranean Sea by Italian Authorities

Migrants in a dinghy climb aboard the Migrant Offshore Aid Station (MOAS) ship Topaz Responder, some 20 nautical miles off the coast of Libya, June 23, 2016.
Darrin Zammit Lupi—Reuters
By Rishi Iyengar

Ships belonging to the Italian navy, coast guard and various humanitarian organizations rescued close to 4,500 migrants bound for Europe Thursday, as boatloads of asylum-seekers set off from North Africa prompted by a calming of waters in the Mediterranean Sea.

The migrants were picked up from about 40 different boats, a spokesman for Italy’s coast guard told Reuters. The body of a woman was taken from one of the rubber boats. Across the Mediterranean, Libya’s navy intecepted another 1,000 people off the coast of the African country’s port city Sabratha, a spokesman said.

According to a humanitarian group called the Migrant Offshore Aid Station, the sudden surge in departures is “probably the result of week-long, unfavorable weather conditions” coming to an end.

The number of refugees attempting to make the treacherous crossing to Greek islands has reduced by about 98% in 2016 compared to the same period last year, due to an agreement between the European Union and Turkey, according to the International Organization for Migration (IOM). 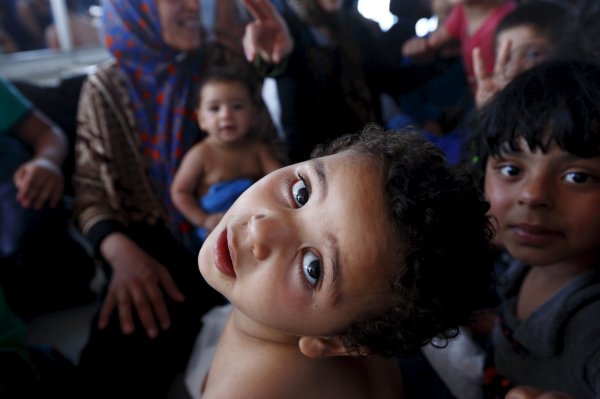