Lindsay Lohan has taken to Twitter to share her opinions about the United Kingdom’s referendum on membership of the European Union.

The actress took to Twitter on Thursday to voice her feelings as the votes on ‘Brexit’ started to come in, chiding towns that voted to leave, like Kettering, and praising Remain areas like the Shetlands.

Lohan was clearly on the side of those wishing to stay in the E.U., with many of her tweets featuring the hashtag #REMAIN. She has previously expressed interest in becoming a British citizen after moving to London, which she credits with changing her lifestyle. 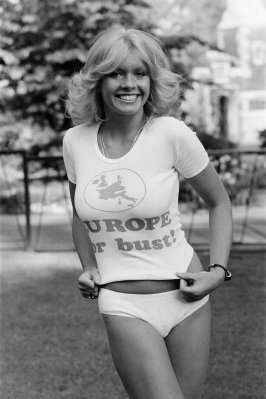 A Look Back at the Last Time Great Britain Had to Vote About Europe
Next Up: Editor's Pick