A large crowd of protestors gathered at the Craig Ranch pool where McKinney Police Cpl. Eric Casebolt was seen on video pinning a 14-year-old African-American girl to the ground and pointing his gun at other teenagers, in McKinney, Texas on June 8, 2015.
Tom Fox—Dallas Morning News/Corbis
By Daniel White

A Texas grand jury declined to indict a white police officer who was caught on video forcing a black 15-year-old girl to the ground, police announced Thursday.

The Collin County grand jury decided not to indict former McKinney, Texas officer Eric Casebolt, according to the Associated Press. Video captured Casebolt pushing the bikini-wearing girl to the ground following a June 2015 community pool party that was made up of mostly black teenagers.

McKinney police issued a statement confirming the jury’s decisions and announcing that there were plans to hold a community meeting Monday to discuss the incident with residents.

Cell phone footage shows Casebolt running after the teens, ordering them to the ground, then forcing the Dajerria Becton onto her stomach and placing his knees on her back. He also drew his firearm on two unarmed teens who rushed forward in apparent protest, but lowered his weapon when other officers intervened. 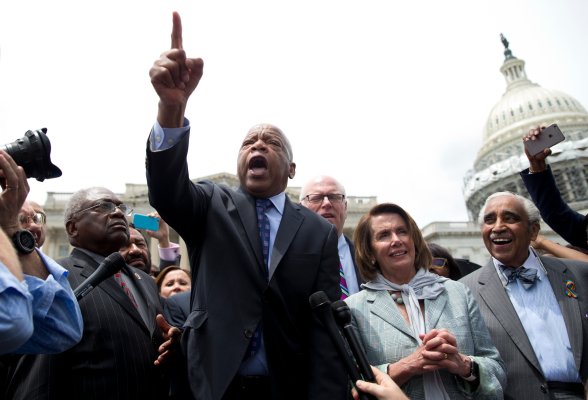 Democrats Staged a Sit-In to Push Gun Control Bills. Those Bills Wouldn't Do Much
Next Up: Editor's Pick